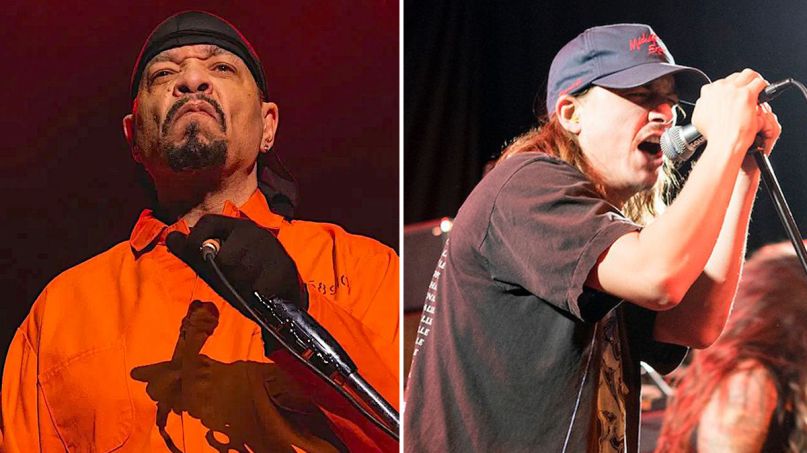 Thrash veterans Body Count released their new album, Carnivore, in early March, as the coronavirus pandemic was unfolding. The band couldn’t gather to shoot a video for the album’s latest single, “Point the Finger”, so they all filmed themselves on cell phones while in quarantine.

The track and video feature appearances by Power Trip’s Riley Gale, who has become one of the most distinct voices in modern thrash, particularly crossover thrash — of which Power Trip and Body Count are mutual practitioners.

The video was produced and edited by Jay Rodriguez and begins with a monologue from Ice-T, who pulls down a bandana face covering and addresses the camera:

“What’s up everybody? You’re not being robbed…I’m just on quarantine like everybody else. Set back, dealing with this serious pandemic. I’ve lost quite a few friends to this, and this is serious business. But in the meantime, the band Body Count, we just put out a new album, Carnivore, and we can’t even tour. We lost a bunch of tours overseas, festivals. I know people wanted to see us, but we had to shut it down for your safety, you understand? Now I’m sitting home like, damn what am I gonna do? New album out, can’t even do a video. So I thought, ‘I’m gonna tell them homies, a video on their iPhone — we’ll just edit this shit together.”

The results are hilarious and not too shabby, considering the limitations. Drummer Ill Will is seen playing outdoors on his porch; Gale hoists a shotgun in what appears to be an empty hardware store; and the rest of the guitarists jam with face coverings in the comfort of their own abodes. There is a homespun charm and timeliness to the video that makes it even more relevant than a typical pro-shot performance clip.

Unfortunately, as Ice-T said, Body Count’s touring plans for Carnivore were upheaved by the pandemic, with numerous European festival appearances postponed or canceled.

As for Gale, his band Power Trip are finishing up work on their highly-anticipated new album. He also made headlines early in the pandemic when he took down Trapt singer Chris Taylor Brown for racist remarks on Twitter.

Purchase Body Count’s Carnivore here, and watch the video for “Point the Finger” below.