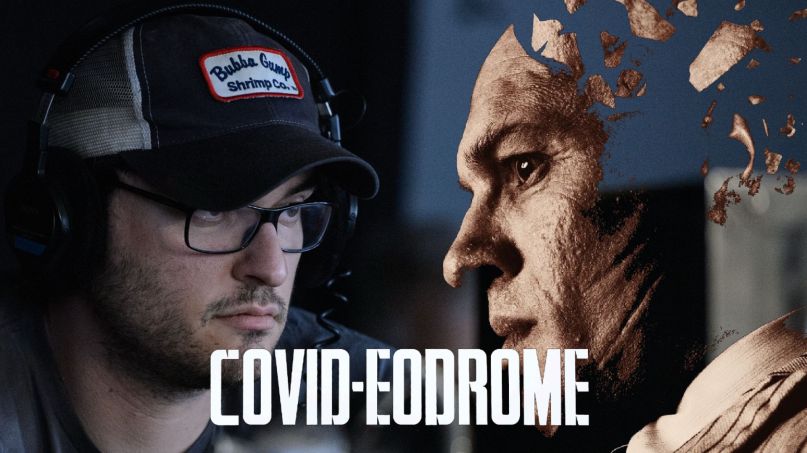 COVID-EODROME, our new weekly movie review series on our Twitch channel, will eschew the reviews this week for a series of interviews. Hosts Clint Worthington and Scout Tafoya will speak to the talent behind Capone and Fourteen.

Starting at 2:30 p.m. EST / 11:30 a.m. PST, Clint and Scout will speak to Fourteen filmmaker Dan Sallitt and stars Tallie Medel and Norma Kuhling. The story follows a mentally ill woman’s decline over the course of a decade, all from the perspective of her longtime best friend. The film had its premiere at the 69th Berlin International Film Festival, where it won over critics worldwide, and hits VOD via Grasshopper Films on Friday, May 15th.

Shortly after, Clint and Scout will speak to director Josh Trank, who returned this week with Capone. Together, they’ll discuss the grisly new biopic, Tom Hardy’s performance as the titular gangster, and much, much more. In his glowing review, Scout wrote, “Trank’s had to suffer a lot to get to make his art, and Capone is one of the most bravely singular and uncommon films you’ll see this year.” The film is currently streaming VOD.

Join along below via Consequence of Sound’s Twitch channel. Update: The stream has ended, but you can catch the replay below.

COVID-EODROME will begin airing Fridays at 2:30 p.m. EST / 11:30 a.m. PST via Consequence of Sound’s Twitch channel. Follow the channel to participate in our future events and activities, which also includes watch-alongs and rankings.