Cats Musical Streaming for Free on YouTube for 48 Hours: Watch

Capturing a 1998 performance in London 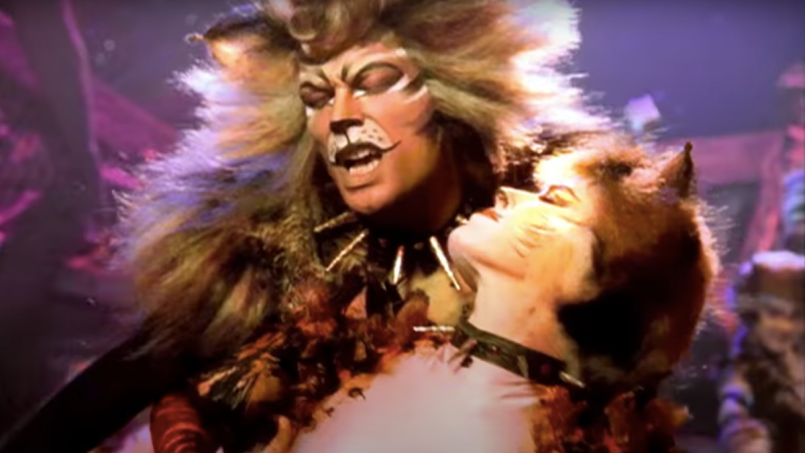 Last month, Andrew Lloyd Webber teamed up with Universal Home Entertainment to stream a selection of his musicals for free. After playing some hits (The Phantom of the Opera) and some flops (By Jeeves), Weber has now unlocked Cats, the unkillable stage show with more than nine lives. As Playbill reports, Cats will be streaming for the next 48 hours, with suggested donations benefiting the Actor’s Fund COVID-19 Relief.

Unlike Tom Hooper’s neutered film adaptation, the stage production of Cats was a massive, paradigm-shifting hit. It won Tony and Laurence Olivier Awards for Best New Musical, is one of the longest-running productions in Broadway and West End history, and has grossed nearly $3 billion worldwide. This particular version was filmed in 1998, and starred Elaine Paige as Grizabella and Ken Page in the role of Old Deuteronomy. There’s still no plot, and the costumes are truly bonkers, but there’s something much more palatable about watching actors in spandex as opposed to horrifying CGI monsters.

For now, Cats is Andrew Lloyd Webber’s last planned free show, and it will be available through Sunday at 2 pm ET. Since the film adaptation coughed up a $100 million box office hairball, there won’t be many future opportunities to see Webber’s musicals at home, so make sure to join the Jellicle Ball below.

The 2019 film has already become an object of derision, with Judi Dench quipping that her cat coat looked “like five foxes fucking on my back,” while Seth Rogen called for the “butthole cut” to be released.