Charlie Benante on New Anthrax Album: “The First Thing I Wanna See Come Out Is a Vaccine”

"There's about six, seven songs -- and it's really good" 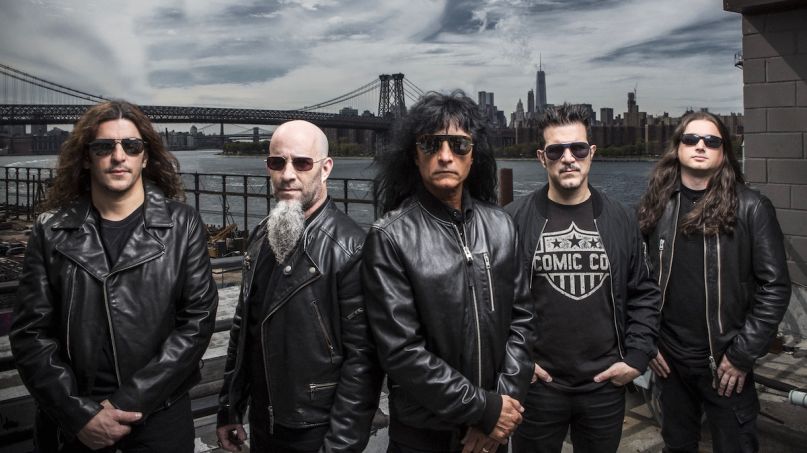 Anthrax have a number of songs written for their next album, but drummer Charlie Benante wants to see a COVID-19 vaccine arrive before the legendary thrash-metal act releases a new LP.

During an interview with Lou Brutus for HardDrive Radio, Benante offered an update on the follow-up to 2016’s For All Kings. “There is new music, there actually is,” said the drummer. “There’s about six, seven songs — and it’s really good.”

When asked whether fans would get to hear some new music in the near future, Benante responded, “The first thing I wanna see come out is a [COVID-19] vaccine. Then we’re gonna put a record out.”

Benante also revealed that Anthrax will not play any shows in 2020, and that their first gig back will be January 11th, 2021, at the rescheduled Knotfest Japan. “Other than that, we’re probably just gonna work on this record,” added the drummer.

During the pandemic, Benante has been quite active in terms of quarantine performances. He teamed up with members of Testament and Suicidal Tendencies to cover Rush, and joined Anthrax bandmate Scott Ian and Faith No More singer Mike Patton for a Stormtroopers of Death song, among other collaborations.

Watch the full interview with Benante, which also included members of Crobot as part of a roundtable discussion, below.