Cinema Studies majors were sent out into the wild in style 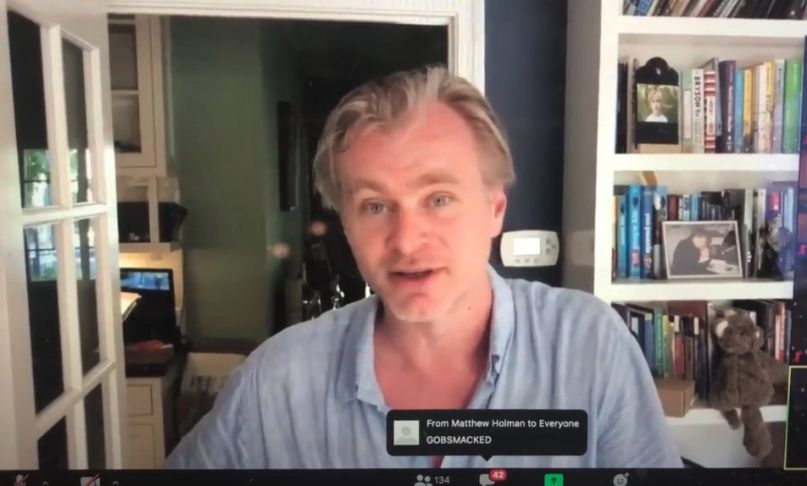 Who spoke at your graduation? Probably not Christopher Nolan, Edgar Wright, Rian Johnson, or Karyn Kusama. Well, that was a reality for this year’s graduating class of Cinema Studies majors at New York University. As IndieWire reports, the acclaimed auteurs all surprised the budding filmmakers with kudos as they head out into … eh, reality.

Ever the realistic, Wright cut right to the chase of said reality: “I know this has been a long, hard journey to get here and I know you’d all love to celebrate with each other, and I’m sorry you cant do that, but this is still a milestone in your lives and you should all be very, very proud of yourselves for what you’ve done.”

The Baby Driver filmmaker contended, “If it makes you feel any better, I never got to graduate either because I never went to film school. You’re already doing much, much better than me. Another positive thing you can get out of this coronavirus situation is you’ve never had a better excuse to stay at home and watch tons and tons of film.”

Nolan, ever the optimist, similarly raised their spirits: “I know how hard all of you worked and I would just like to say the world you’re going out into is one in which the value of stories, storytellers, and those who care passionately about the history of storytelling and its future…we need your voices, we need new voices, and we need your passion.”

Sadly, it doesn’t appear the videos have surfaced just yet. In related news, Nolan’s forthcoming film Tenet is still on its way for theaters in July with.a new trailer dropping tonight. Meanwhile, Wright’s much-hyped psychological horror film Last Night in Soho was pulled from its planned September release, much to this writer’s dismay.

Editor’s Note: Consequence of Sound just launched its own capsule of custom face masks. Enter the Red Room with this damn fine mask that’s as strong as a cup of black coffee. Because in reality, it’s not only the owls who aren’t what they seem anymore.