Clutch to Headline Virtual Show with Support from Crowbar and More 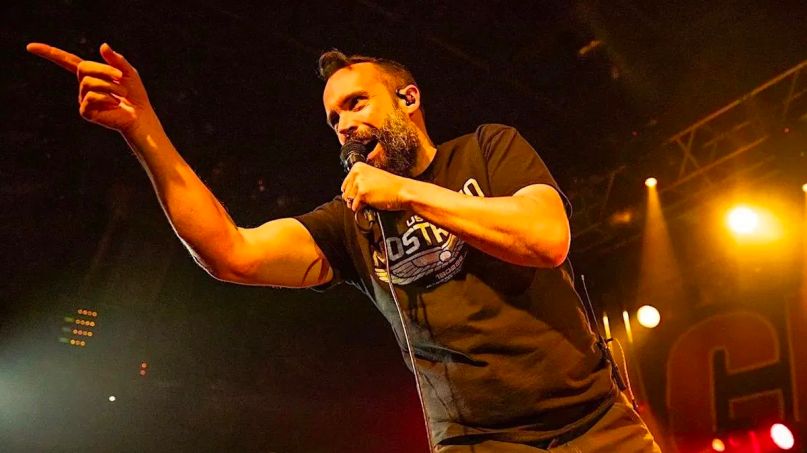 Clutch have announced that they’ll headline a full bill of rock and metal, albeit a streaming-only concert due to the COVID-19 pandemic. The veteran hard rockers will play a virtual show that will feature support from Crowbar, Blacktop Mojo, and Saul.

For a ticket price of $9, fans will be able to enjoy four bands from the confines of their own homes. The May 27th concert begins at 4:00 p.m. ET with Saul, followed by Blacktop Mojo at 4:35 p.m., then Crowbar at 5:10 p.m., and finally Clutch at 5:55 p.m. A portion of the ticket proceeds will benefit the nonprofit organization Angel Flight West.

The streaming show, dubbed “Live From the Doom Saloon Volume 1”, follows a series of informal mini-concerts that Clutch have been performing from their studio in Maryland. Those shows streamed live for free on YouTube and featured Clutch playing three songs each.

For the May 27th gig, tickets will go on sale this Wednesday (May 20th), with a pre-registration already active. The show will be streamed via the platform LiveFrom Events, and “will use cutting-edge streaming technology to close the distance between the bands and the fans for an amazing virtual concert experience,” according to a press release.

“Over the past weeks, Clutch has been streaming very short sets on our YouTube channel, OfficialClutch,” commented Clutch singer Neil Fallon. “We are excited to announce that we will be playing a much longer set and teaming up with Crowbar, Blacktop Mojo, and Saul for a virtual four-band bill … Have a beer in your pajamas!”

In addition to Clutch’s mini shows, Fallon also recently rocked a quarantine performance of AC/DC’s “Riff Raff’ with members of Cave In, Converge, and more.

Clutch, who’d been touring behind their 2018 album, Book of Bad Decisions, were supposed to support Volbeat on a spring U.S. tour that was set to kick off in April, but that outing has been canceled due to the pandemic.

While you wait for Clutch’s May 27th show, check out their latest free mini-concert below.