From Stetson's score for the National Geographic series Barkskins 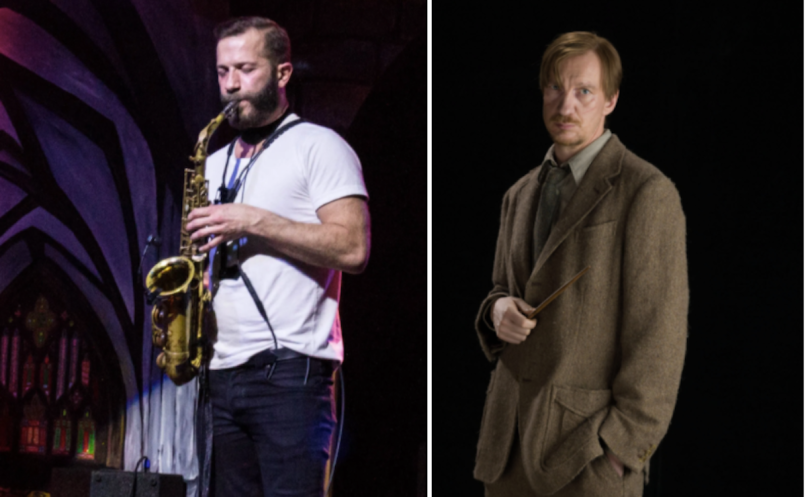 Colin Stetson and David Thewlis in Harry Potter and the Prisoner of Azkaban (Warner Bros.)

Saxophonist Colin Stetson has written the score for the new National Geographic series Barkskins. Known for such soundtracks as Hereditary and Color Out of Space, the composer has today shared a new song from his latest project, “Awake You Sleepy Hearts”. The track happens to feature a familiar voice in David Thewlis, best known as Professor R.J. Lupin from the Harry Potter franchise and star of Barkskins.

Based on the 2016 novel by Annie Proulx (“Brokeback Mountain”), Barkskins takes place over 300 years, following a series of related characters amidst the deforestation of North America. Thewlis’ plays Claude Trepagny, a land speculator with some poetical words in Stetson’s new song: “Awake you sleepy hearts/ The birds sing in the trees!” Does that sound uplifting? Not while Stetson’s haunting score plays underneath. It’s a disquieting song, with a deep and dark malice lurking beneath the surface.

Check out “Awake You Sleepy Hearts” below. Via IndieWire, the full Barkskins soundtrack drops on June 5th.

In addition to being one of our favorite soundtracks of the decade, Stetson’s Hereditary score was recently selected by Thom Yorke for his first Sonos radio mix.