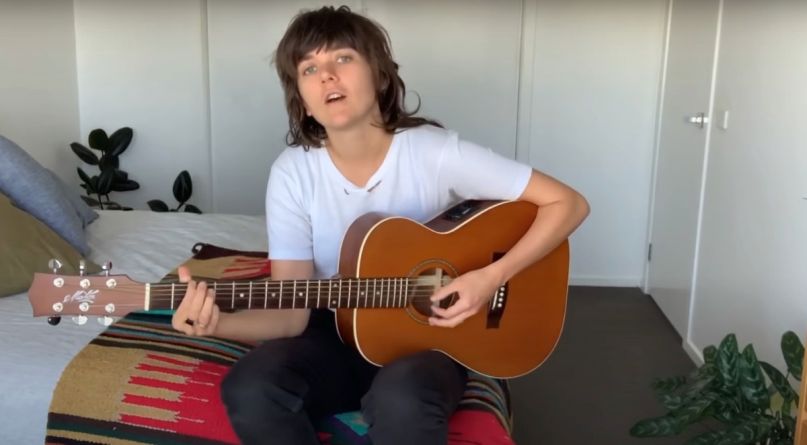 Courtney Barnett had been scheduled to embark on a European tour with Nick Cave & The Bad Seeds this month. Instead, she’s stuck at home like the rest of us, keeping connected with her fans via video. Previously, the Australian indie rocker participated in a livestream supporting Oxfam alongside Sharon Van Ettern and Sheryl Crow, and in Australia’s “Music From the Home Front” benefit with Tame Impala’s Kevin Parker and DMA’s. And last night, Barnett dialed into The Tonight Show to deliver a special acoustic performance of “Sunday Roast” from her 2018 LP, Tell Me How You Really Feel. Catch the replay below.