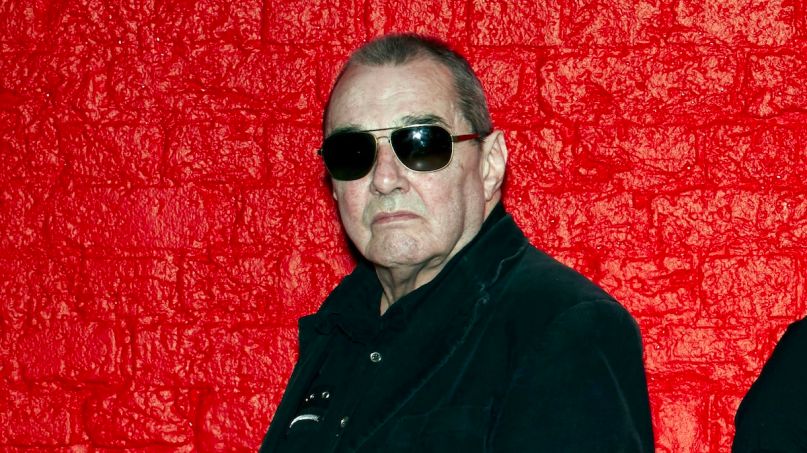 Dave Greenfield, the longtime keyboardist and vocalist for UK punk rock / new wave band The Stranglers has passed away at the age of 71. The veteran musician had been hospitalized for heart problems, but then contracted COVID-19 last week and succumbed to the virus on Monday, May 3rd.

Greenfield joined The Stranglers in 1975, a year after the band’s formation. He remained in the group up until his death, playing keyboards and providing backing and occasional lead vocals. He appeared on all 17 of seminal punk band’s albums, and wrote the music for one of their best known hits, “Golden Brown”. That tune won the prestigious Ivor Novello Award for songwriting.

The news of Greenfield’s passing was announced on the band’s official website:

“We are deeply and profoundly saddened to announce the untimely passing of keyboard legend Dave Greenfield on the evening of 3rd May 2020. Following a stay in hospital for heart problems, Dave tested positive for the COVID-19 virus last Sunday but he sadly lost his battle last night. Dave had been an ever present in the band since joining in late 1975 and his keyboard wizardry was world-renowned over his 45 year career in The Stranglers. Dave was a lovable, friendly and eccentric character who always had time to chat.”

Greenfield’s individual bandmates also paid tribute to the keyboardist, with bassist Jean-Jacques Burnel stating, “My great friend and longstanding colleague of 45 years, the musical genius that was Dave Greenfield, passed away as one of the victims of the Great Pandemic of 2020.”

Drummer Jet Black added, “We have just lost a dear friend and music genius, and so has the whole world. Dave was a complete natural in music. Together, we toured the globe endlessly and it was clear he was adored by millions.”

And singer-guitarist Baz Warne remarked, “We lost a true innovator, musical legend, and one of my dearest friends today. The word genius is bandied around far too easily in this day and age, but Dave Greenfield certainly was one.”