"Settle into your safe place ... crack open a Deftones beer, light a candle ..." 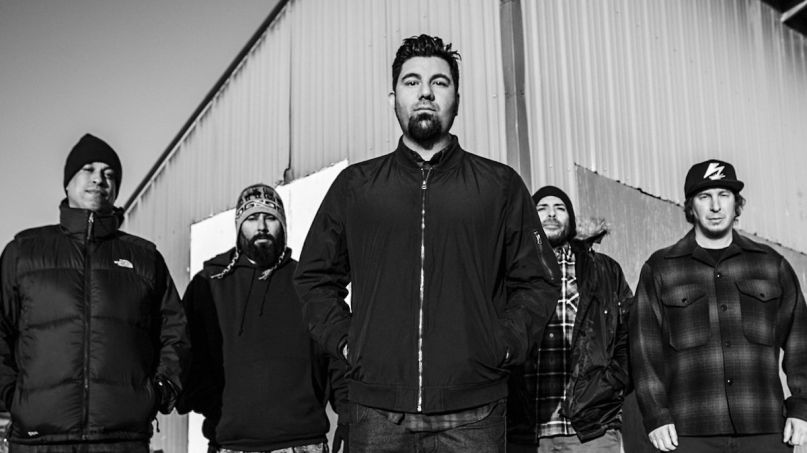 Deftones are celebrating the 10th anniversary of their sixth album, Diamond Eyes, by hosting a listening party on YouTube. The event takes place Tuesday night (May 5th), and will allow fans to “virtually chill with the band” and listen to the entire album.

Diamond Eyes actually turned 10 years old on Monday, having been released on May 4th, 2010. The album was a pivotal one for Deftones as it marked their first without late bassist Chi Cheng, who at the time was in a coma as the result of a car crash. The band had started another album, the never-released Eros, with Cheng, but ultimately decided to start fresh with Diamond Eyes and new bassist Sergio Vega.

The listening session will take place tonight at 9:00 p.m. ET / 6:00 p.m. PT at Deftones’ YouTube channel. The band encourages fans to lose themselves in the moment, stating, “Before the listening party begins, we want you to settle into your safe place, surround yourself with your favorite Deftones memorabilia, crack open a Deftones beer, light a candle… .”

Fans are also being asked to share photos of themselves on social media with the hashtag #diamondeyes10.

Yesterday, singer Chino Moreno appeared on Zane Lowe’s Apple Music show, revealing that Deftones had planned to release their new album this summer, but are currently weighing their options considering the pandemic. Moreno also suggested that their headlining North American summer tour would likely be postponed, although no final decision has been made yet.

Tune in tonight (May 5th) at 9:00 p.m. ET / 6:00 p.m. PT to listen to Deftones’ Diamond Eyes below, and head over to YouTube to participate in the live chatroom. You can also pick up some 10th anniversary Diamond Eyes merch at Deftones’ online store.