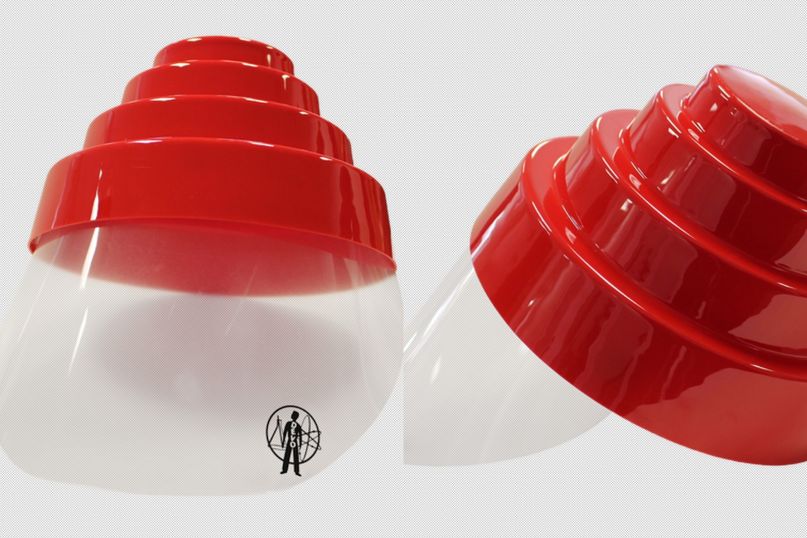 Regardless of what MAGA Nation says, wearing a face mask during a pandemic does not make you a communist. And as the weeks pass by, said face covers are becoming more and more fashion forward. Case in point: DEVO have just unveiled custom face shields made in the style of their iconic Energy Domes (via BrooklynVegan).

Not only will you be protecting yourself from airborne particles, but you’ll also be celebrating the 40th anniversary of the DEVO’s world-famous head gear. In a note included alongside the PPE kit’s web store listing, DEVO’s Gerard Casale reflected on the significance of their Energy Domes.

It’s the 40th anniversary of DEVO’s Energy Dome – a DEVO icon that is often as misunderstood as the band itself. Although they have been mistaken for flower pots, dog bowls, car urinals, lampshades, and eventually relegated specifically for the use at holiday parties, these holy totems were actually designed with a more important purpose in mind.

It was designed according to the ancient ziggurat mound proportions used in votive worship. Like the mounds it collects energy and recirculates it.

In this case the Dome collects energy that escapes from the crown of the human head and pushes it back into the medulla oblongata for increased mental energy.

It’s very important that you acquire a plastic hard hat liner adjusted to your head size and fix it with duct tape or super glue to the inside of the dump. This allows the Dome to float just about the cranium and thus do its job. Unfortunately sans hard hat liner the recirculation of energy will not occur!”

If you’re looking for something a little more subtle and affordable, Consequence of Sound just launched its own capsule of custom face masks.