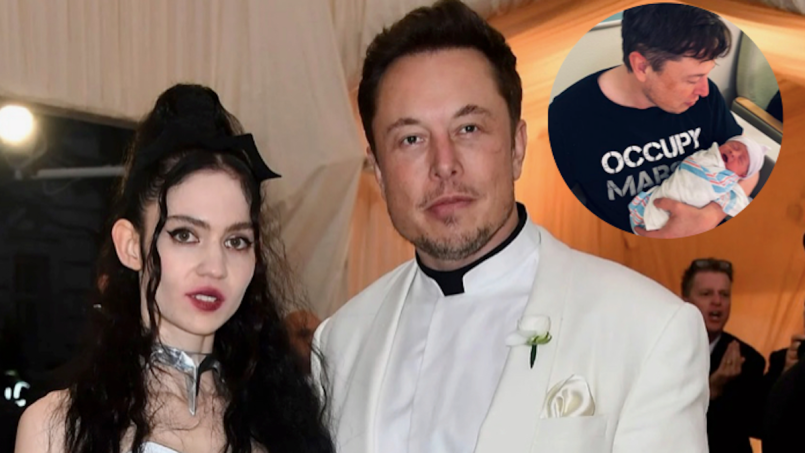 Earlier this month, Grimes and Elon Musk welcomed a healthy baby boy, and they promptly set him up for years of therapy by naming him X Æ A-12. Now, without much explanation, the child has undergone a rebranding: X Æ A-Xii. There, that clears things up, doesn’t it?

Via The Guardian, there’s been speculation that the child’s original name violated California law, which stipulates that only the 26 letters of the alphabet can be used. The new appellation would seem to fit the rule of law, swapping as it does a 12 for an Xii. Neither Musk nor Grimes has confirmed this as the reason, though in responding to an Instagram comment about the CA mandate, Grimes wrote, “Roman numerals. Looks better tbh.”

Using the roman numerals for 12 instead of the modern English symbols won’t change the pronunciation. And that’s a shame, because even the parents don’t seem sure how to say their baby’s name. Mom had explained that the “X” stood for “unknown variable,” and that Æ is the Elven spelling of AI, meaning artificial intelligence. Grimes wrote, “It’s just X, like the letter X. Then AI. Like how you said the letter A then I.”

But Dad disagreed on the Joe Rogan podcast. “I mean it’s just X, the letter X. And then, the Æ is, like, pronounced ‘Ash’… and then, A-12, A-12 is my contribution,” referring to the Lockheed A-12 OXCART. Hopefully, the parents can agree on what to do about that Æ before little Æ starts talking.

While Grimes has been recovering from a reportedly difficult pregnancy, her partner has been waging war on California coronavirus policies. At the end of April, Musk tweeted out “Give people their freedom back!” Days after little X was born, he re-opened his Tesla factory against local orders. After more tweets, including a directive to “take the red pill,” Grimes mom got involved, sub-tweeting the billionaire and calling his comments “bullshit.”