The band also features members of Embrace and Girls Against Boys 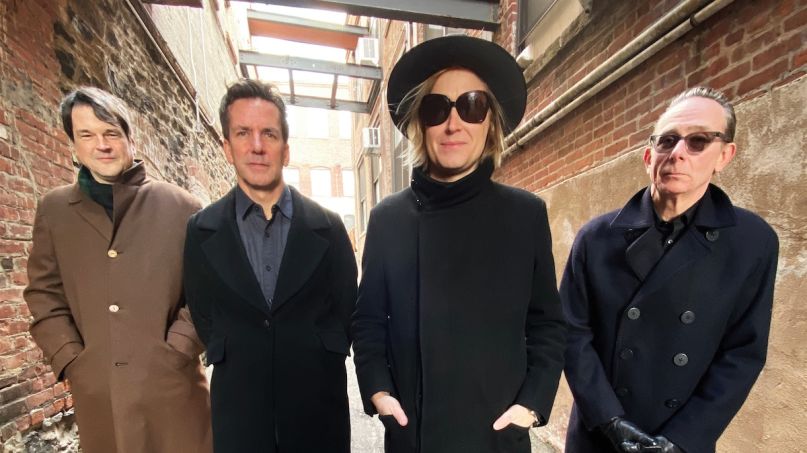 The band’s lineup also includes guitarist-singer Michael Hampton (S.O.A., Embrace, One Last Wish) and bassist Johnny Temple (Girls Against Boys, Soulside). The genesis of Fake Names began when Hampton and Baker started hashing out new music together back in 2016. With Temple added to the lineup, Hampton and Baker approached Lyxzén at Chicago’s Riot Fest, and he immediately jumped at the chance to join the group.

The self-titled debut features the previously released lead single “Brick” along with nine other tracks. Although the band does not have an official drummer, they did play a one-off show last year with Matt Schulz (Holy F**k), who also plays drums on the album.

The LP was co-produced by Hampton and Geoff Sanoff (A Perfect Circle, Jawbox), and features a sound that harkens back to classic UK punk and power pop.

Stream the album in full via the Apple Music, Spotify, or YouTube player below. If you dig what you hear, purchase the LP on vinyl and other formats here.