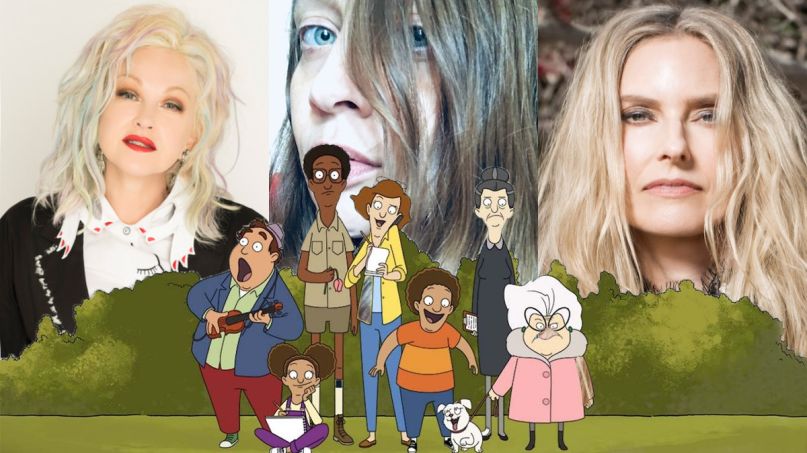 Today brings the debut of Apple TV’s Central Park, the new animated series from Loren Bouchard and Nora Smith’s (Bob’s Burgers). With the first two episodes now streaming, their accompanying soundtracks have also been released. In fact, the songwriting credits for the entire first season has been revealed, and there are some big names attached.

Fiona Apple, Cyndi Lauper, Aimee Mann, Sara Bareilles, and Meghan Trainor have all contributed music to the series. Other songwriters include Anthony Hamilton, Darren Criss, activist Rafael Casal, and actor-rapper Utkarsh Ambudkar. That’s in addition to songs from the show’s core writing team (Kate Anderson, Elyssa Samsel, and Brent Knopf), as well as composers for TV, film, and theater such as Alan Menken and Glenn Slater.

Unfortunately, none of the musicians lend their voices to Central Park, as their tunes are sung by the shows cast (Josh Gad, Leslie Odom, Jr., Kristen Bell, Kathryn Hahn, Tituss Burgess, Daveed Diggs and Stanley Tucci).

While Bob’s Burgers is known to sneak in a catchy melody every now and then, every episode of Central Park will feature three to six new original songs. As Variety reports, Apple co-wrote “New York Doesn’t Like Your Face” with David Lucky for episode 10, Mann’s “Big Deal” appears in episode 7, and Trainor’s “I’m in a Perfect Releationship” will be heard in episode 8. Lauper co-write a pair of songs, “Garage Ballet” and “Rats”, for episode 4.

The Bareilles-penned “Weirdos Make Great Superheroes”, sung by Bell and Burgess, appears in episode 2. You can stream that below along with the rest of Central Park Season One, The Soundtrack – Song-tral Park (Episodes 1-2).