Forbes Claims Kylie Jenner Lied About Being a Billionaire 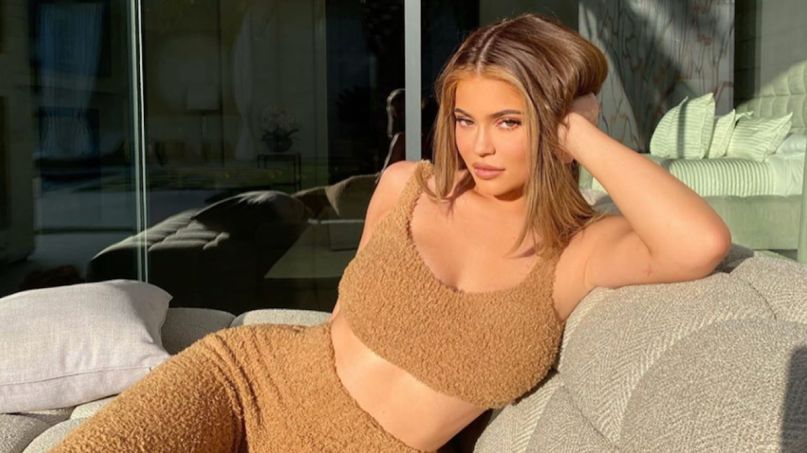 Let’s get one thing right: All the Kardashian-Jenners are filthy rich, having perfected the art of gaining wealth for being famous and attractive. But according to a new report by Forbes, Kylie Jenner isn’t quite as loaded as she led people to believe. After investigating the January sale of Kylie Cosmetics to Coty, Forbes has stripped Jenner of her billionaire status, claiming she lied about her financials.

In March of last year, Forbes officially proclaimed Kylie Jenner the youngest self-made billionaire ever. However, the publication now says they believe Jenner faked tax returns to demonstrate she was worth more than she actually was. (Note that there’s no claim she filed false taxes, just that she showed reporters doctored documents.) Add in the dip some of her beauty company stocks have taken due to the COVID-19 pandemic, and Forbes no longer believes Jenner has the big B.

According to the magazine, Jenner invited its reporters into her home and showed her tax returns indicating she had taken home $110 million of Kylie Cosmetics’ $307 million in revenues in its first year, 2016. Forbes says they received additional financial information from the Jenners over the years stating Kylie Cosmetics grew 7% in 2017 to $330 million and hit $360 million in 2018.

Then came the sale to Coty, which bought 51% of the brand for $600 million in January, making the effective value of Kylie Cosmetics about $1.2 billion. Analysts say that is likely a largely inflated value, however, and as it’s said, the devil is in the details.

Documents surrounding the sale revealed that Kylie Cosmetics made $177 million in 2019, a reported 40% increase from 2018. That would mean its 2018 revenue was $125 million, substantially less than the $360 million the Jenners had been promoting. More specifically, Kylie’s reps had told Forbes her skincare line launched in 2019 had done $100 million in its first month and a half, but the Coty filings revealed it was only “on track” to finish the year with $25 million.

While it’s possible the company’s business somehow tanked between 2017 and 2018, it’s highly unlikely it dropped that much. Besides, why would Coty pay such a massive price for a “high-growth” brand if it was actually shrinking? Forbes suggests the more logical conclusion is that Kylie Cosmetics was much smaller than Jenner claimed it to be. In their report, Forbes financial journalists Madeline Berg and Chase Peterson-Withorn wrote,

“The business was never that big to begin with, and the Jenners have lied about it every year since 2016 — including having their accountant draft tax returns with false numbers — to help juice Forbes’ estimates of Kylie’s earnings and net worth. While we can’t prove that those documents were fake (though it’s likely), it’s clear that Kylie’s camp has been lying.”

The full story goes into further details of Kylie Cosmetic’s likely profit margins (25% as opposed to the estimated 44%) and the actual ownership (the Kris Jenner-controlled KMJ 2018 Irrevocable Trust owns a capital interest in Kylie Cosmetics, reducing Kylie’s own share from 49% to 44.1%). It also takes into account that Coty’s stock has dropped 60% to the sale, largely due to the pandemic, and that the company likely overpaid for its share in Jenner’s company. Taking all that into account alongside Jenner’s “web of lies,” Forbes now estimates she’s worth just south of $900 million. So close.

what am i even waking up to. i thought this was a reputable site.. all i see are a number of inaccurate statements and unproven assumptions lol. i’ve never asked for any title or tried to lie my way there EVER. period

Jenner shot back at the report in a series of tweets. “what am i even waking up to. i thought this was a reputable site,” she wrote. “all i see are a number of inaccurate statements and unproven assumptions lol. i’ve never asked for any title or tried to lie my way there EVER. period.”

In follow-up tweets, she added, “but okay… i am blessed beyond my years, i have a beautiful daughter, and a successful business and i’m doing perfectly fine.” “I can name a list of 100 things more important right now than fixating on how much money i have,” read one tweet.

Many Twitter users in turn called out Jenner for focusing on what amounts to a paltry $100 million when the world is on fire, as is literally the case in Minneapolis as protests and riots rage over the killing of George Floyd. After all, even if she’s not worth a billion dollars, she certainly could spare some cash for the range of important causes needing attention. Jenner noted that her money “is literally the LAST thing i’m worried about right now” and that she had spoken up about Floyd in an Instagram post.

Clearly it’s still somewhat on her mind, however, as she got her attorney Michael Kump on the situation. Kump told TMZthat Forbes’ article is “filled with outright lies.” He continued,

“Forbes’ accusation that Kylie and her accountants ‘forged tax returns’ is unequivocally false and we are demanding that Forbes immediately and publicly retract that and other statements… It is sad that, of all things, Forbes has devoted 3 reporters to investigate the effect of the coronavirus crisis on Kylie’s net worth. We would not expect that from a supermarket tabloid, much less from Forbes.”

Read the full report at Forbes, and find Jenner’s Twitter responses below.

“even creating tax returns that were likely forged” that’s your proof? so you just THOUGHT they were forged? like actually what am i reading.

but okay 🤍 i am blessed beyond my years, i have a beautiful daughter, and a successful business and i’m doing perfectly fine.

this is literally the LAST thing i’m worried about right now https://t.co/vw91YGDDmE