We still have no idea how to pronounce his name 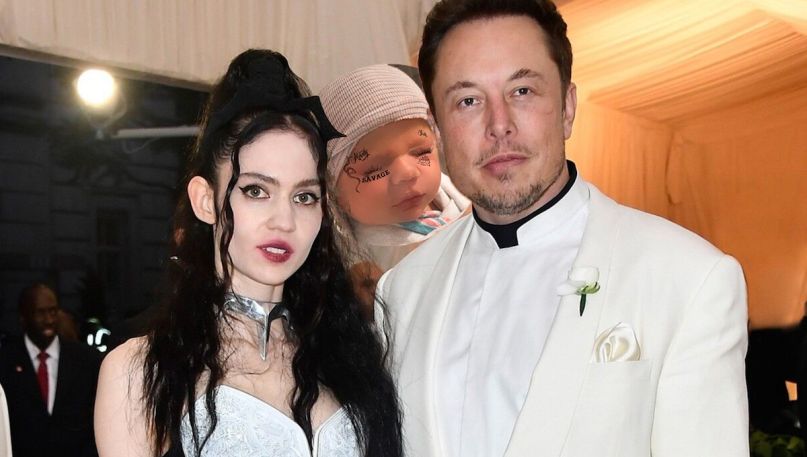 On Monday, Grimes and Elon Musk welcomed a new baby boy into the world. Upon sharing the news on Twitter, Musk told his followers that the baby is named “X Æ A-12”, which seems like a joke until you remember this is Grimes and Elon Musk’s baby. Now, Grimes has seemingly confirmed the name while providing some context for its meaning.

According to Grimes, “X” refers to “the unknown variable” and “Æ “is “my elven spelling of Ai (love &/or Artificial intelligence).” If you guessed “A-12” refers to the Lockheed A-12 OXCART, the reconnaissance aircraft built for the CIA, you’d be right. “No weapons, no defenses, just speed. Great in battle, but non-violent,” Grimes explained. Additionally, the “A” in “A-12” is short for “Archangel”, Grimes’ favorite Burial song. She concluded her tweet with swords and rat emojis, a reference to the year in the Chinese Zodiac.

So how exactly do you pronounce baby Musk’s full name? That part is still unclear; some fans theorize it translates to either “Ash” or “Sasha” (the Æ is an e-ligature pronounced ‘ash’; when you combine the X, ‘ash’ and A, you get Sasha.) Others believe Musk and Grimes are just fucking with the Internet and are keeping the baby’s real name private for now.

Or, maybe, Musk and Grimes are just establishing a new way of naming humans ahead of their eventual colonization of Mars.

•X, the unknown variable ⚔️
•Æ, my elven spelling of Ai (love &/or Artificial intelligence)
•A-12 = precursor to SR-17 (our favorite aircraft). No weapons, no defenses, just speed. Great in battle, but non-violent 🤍
+
(A=Archangel, my favorite song)
(⚔️🐁 metal rat)