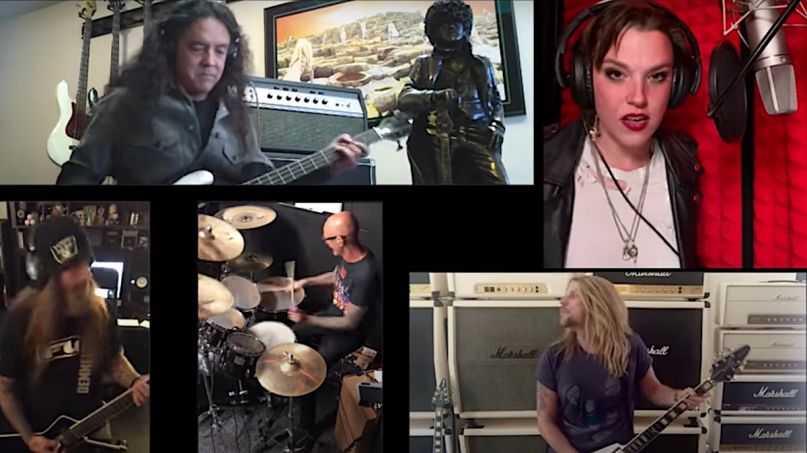 An all-star group of musicians has come together for a quarantine version of the Thin Lizzy classic “Bad Reputation”. Halestorm singer Lzzy Hale is joined by current and former members of Judas Priest, Alice in Chains, and Machine Head for the socially distant performance.

Demmel posted the performance on his YouTube channel, writing, “I invited my buds Dave McClain (Sacred Reich/Machine Head), Richie Faulkner (Judas Preist), Mike Inez (Alice in Chains, Ozzy, BLS, pretty much every band) and resident Bad-Ass Lzzy Hale (Halestorm) to jam on one of my favorite tunes by one of my favorite bands.” He went on to promise that more “collab-a-jams” are on the way.

Lzzy Hale made headlines this week for saying “most of the bands you know and love won’t make it out of this [pandemic].” With the concert industry largely on hold for the time being, expect to see a lot more quarantine performances in the weeks and months to come.

Check out Lzzy Hale and company rocking Thin Lizzy’s “Bad Reputation” in the video below.