2001: A Space Odyssey, Blade Runner: The Final Cut, The Beatles' A Hard Day's Night, and the Alien franchise will also be available at launch 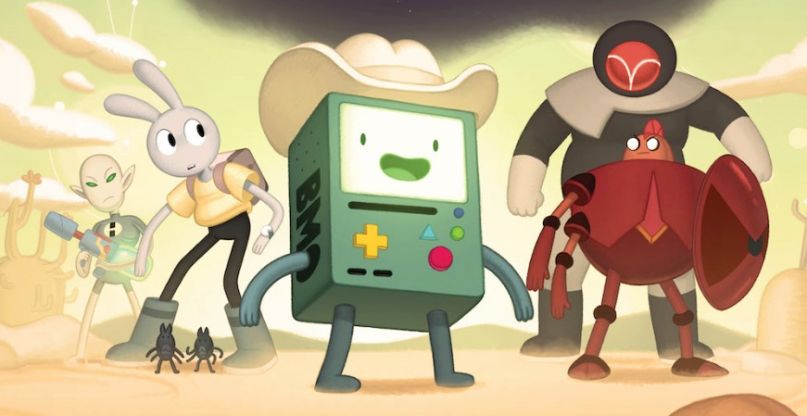 Who’s ready for another streaming service? In two weeks’ time, HBO will launch its new premium subscription platform, HBO Max, promising a number of new original titles alongside 10,000 hours of archival content. But there’s plenty more to come beyond its initial slate of programming.

The second wave of HBO Max titles will go live beginning Thursday, June 18th, with additional programming added each Thursday thereafter. Among the highlights: a new Adventure Time special called Distant Lands premiering on June 25th; season 2 of Doom Patrol and season 3 of Search Party, both of which are also coming on the 25th; and the new Seth Rogen feature film, American Pickle, which is set to premiere on August 6th.

Additionally, at launch HBO Max will be offering every episode of Robot Chicken and the first four seasons of Impractical Jokers. Plus, BBC favorites like the Idris Elba crime drama Luther and Ricky Gervais’ original version of The Office will also be streaming on the platform.

On the film front, newly confirmed titles available at launch include 2001: A Space Odyssey, the Alien franchise, Blade Runner: The Final Cut, Braveheart, Citizen Kane, Die Hard, Friday the 13th, Gone with the Wind, The Beatles’ A Hard Day’s Night, Jaws, the Lethal Weapon series, Monsters Vs. Aliens, Moulin Rouge!, A Nightmare on Elm Street franchise, Rebel without a Cause, and V for Vendetta.

All of this is to go along with HBO Max’s previously announced day-one slate of programming, which includes a reboot of Looney Tunes, Anna Kendrick’s scripted comedy Love Life, and the complete catalogs of Friends, Rick and Morty, The Bachelor, The Fresh Prince of Bel-Air, and Studio Ghibli. It should go without saying, but all of HBO’s own original content will also be included.

In the months ahead, subscribers can also look forward to HBO’s Perry Mason reboot starring Matthew Rhys; a new season of the Duplass brothers’ Room 104; Jordan Peele’s adaptation of Lovecraft Country; a spin-off series based on Stephen King’s The Shining; Justice League Dark, and the additions of the South Park, Gossip Girl, The West Wing catalogs.

HBO Max officially launches May 27th with a $14.99 price point. If you’re confused about the difference between HBO Max and its existing platforms HBO Go and HBO Now, we’re here to help.