Over 3,000 people attended the event in Tel Aviv 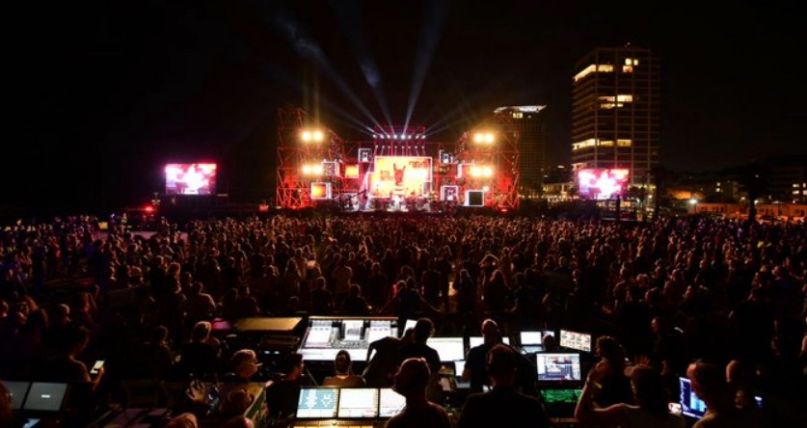 Live music returned to Israel on Thursday, as over 3,000 people gathered in a park in Tel Aviv for an event called “Behind the Scenes: an Assembly of Solidarity”. Though technically billed as a protest, and not a concert, the event featured a dozen prominent Israeli artists performing on a large stage.

Much like in America, Israel has been on a COVID-19 lockdown since mid-March, which has effectively shuttered the entertainment industry. Yesterday’s event served as a protest to encourage the government to reopen live events, according to Billboard.

In order to stage such a large-scale mass gathering, organizers of the event exploited a loophole in Israel’s health regulations allowing for contained protests. Upon entering the park, attendees were asked to wear a face mask and keep six feet apart. Those social-distancing practices were quickly disregard, however, as video and photos from the event show many people, without face masks, dancing in close proximity. See for yourself below.