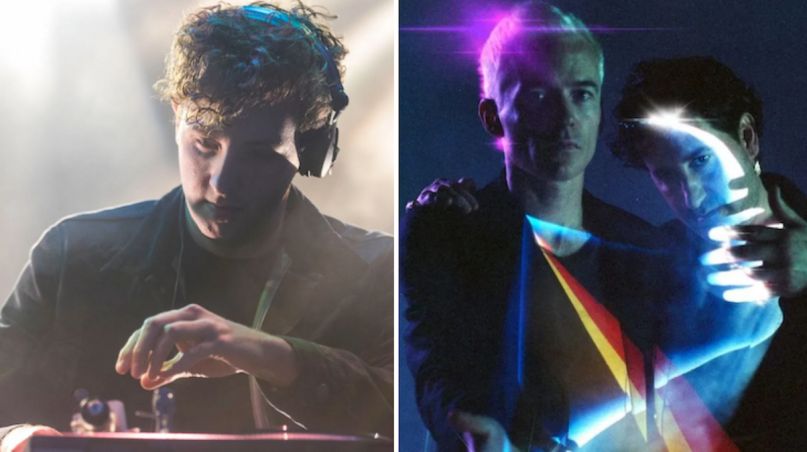 Jamie xx and The Avalanches were supposed to perform on the same stage back in March at Sydney’s No Coal Zone climate change benefit. That event got called off due to coronavirus, but two months later, the musicians have found a way to get together anyway. Jamie xx invited The Avalanches to join him for a back to back DJ set on his monthly NTS radio show. Broadcast live on Friday morning, the hour-long set is now available to stream below.

Announcing the collaborative performance on Instagram, Jamie xx described the “special” set as an “actual dream come true.” While no tracklist has yet been provided, the b2b set is tagged as “funk,” “soul,” and “classic disco,” with the participants trading off records to build a perfect Friday afternoon vibe.

Take a listen below via NTS.

The xx started the year by confirming they were working on the follow-up to their 2017 album I See You. Then last month, Jamie xx dropped his first solo track in five years, “Idontknow”, and Romy Medley Croft announced her debut solo album with the lead single “Weightless”.

As for The Avalanches, they too are reportedly finishing up a new record, their third LP after 2016’s Wildflower. (Hey, a four year wait is nothing compared to the 16 years between Wildflower and the group’s Since I Left You debut.) Our first taste came in February with “We Will Always Love You” with Blood Orange, followed by March’s “Running Red Lights” featuring Weezer’s Rivers Cuomo and rapper Pink Siifu (with the latter reading lines from David Berman’s “Darkness and Cold”).

Back on @nts_radio for a special one tomorrow. Actual dream come true. B2B with @theavalanches . 2pm BST