Jerry Seinfeld Says Netflix’s Comedians in Cars Getting Coffee Likely Over: “I Did That Tour” 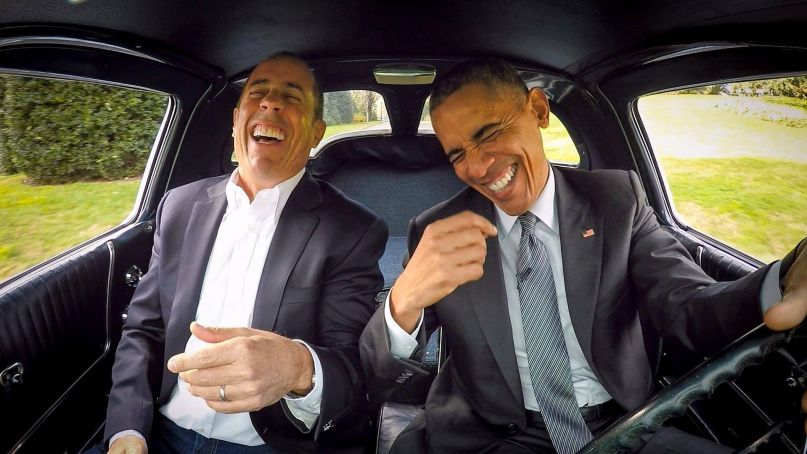 Comedians in Cars Getting Coffee (Netflix)

Jerry Seinfeld isn’t one to linger. He’s the master of his domain, to borrow from his own words. That’s why we’re not surprised to hear he’s likely finished with Comedians in Cars Getting Coffee. Or that his new Netflix special, 23 Hours to Kill, might be his last.

In a new interview with The Hollywood Reporter, Seinfeld digressed on the former Crackle series, saying: “We haven’t planned anything with that show, I kind of feel like if I did that tour.” He went on to stress how it’s actually a harder show to shoot than the series lets on, adding: “I don’t know, I feel like I may have done that exploration at this point.”

He also feels the same about standup specials, contending: “Don’t overstay your welcome.” Again, this isn’t much of a shocker seeing how it took him 22 years to follow up 1998’s I’m Telling You for the Last Time. Instead, he’d rather keep his A-game on the road, amongst the people, although he’d rather wait for the pandemic to end.

“I don’t think if you’re going into a theater, and it’s only one-quarter full and everybody’s got 10 seats between them, I don’t know if that’s worth doing,” Seinfeld stressed, while also arguing he’d rather everyone feel comfortable and relaxed. “Whenever that happens, I’m happy to wait. I don’t want to compromise the experience. I want it to be that great relief.”

Here’s hoping we’ll all get that chance in the near future. In the meantime, his latest special and all 80 episodes of Comedians in Cars Getting Coffee are currently streaming on Netflix. (We picked out the best bits from the former.) Though, if you’re truly feeling nostalgic, you can reunite with the gang through all nine seasons of Seinfeld over at Hulu.