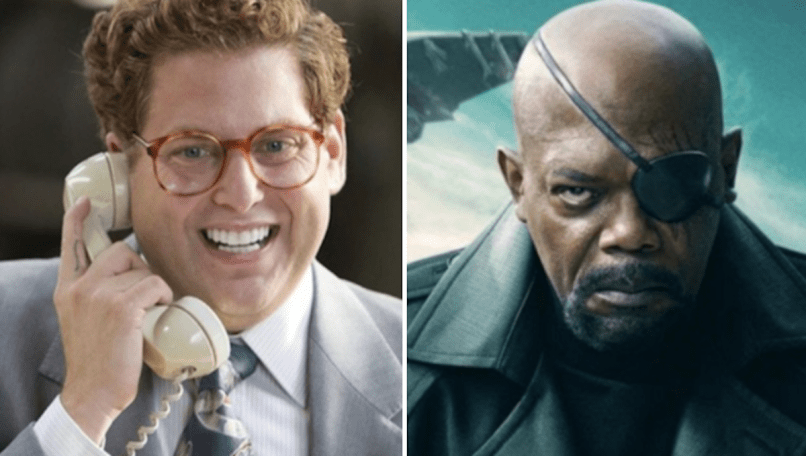 In some literal “what the fuck?” news, a new report from Buzz Bingo reveals that Jonah Hill has passed Samuel L. Jackson for the most swear words spoken in cinema history.

Via The Wrap, Hill has cursed 376 times on film, compared to a mere 301 bad words from the original BAMF. That’s actually only good enough for third place, as Leonardo DiCaprio takes the spot right behind Hill with 361 expletives.

According to an analysis of over 3,5000 movie scripts, Jackson lost the invective apex way back in 2013, which is also when The Wolf of Wall Street became the most profane movie of all time. That foulmouthed flick almost singlehandedly pushed Hill into first place and DiCaprio into second. Not coincidentally, DiCaprio’s Jordan Belfort is the single sweariest character in motion picture history, with 322 four-letter words, or over 100 cusses an hour.

As for the fourth-sweariest character, that would be Howard Ratner as played by Adam Sandler in Uncut Gems. Howard swore 295 times, bringing Adam Sandler’s total cuss count up to — 295? Is it possible that in Sandler’s three-decade career, he has literally only used foul language in Uncut Gems? That’s good for fourth place among actors, but it certainly raises an eyebrow.

According to The Wrap, Buzz Bingo is a “research group,” and that may be true. But it’s also true that Buzz Bingo is a chain of UK bingo clubs that encourages people to spend lots of money on an activity that would at least peak Howard Ratner’s interest. Does that invalidate the report? Not necessarily. But it’s enough to have Samuel L. Jackson fans calling to get these motherfucking statistical studies off this motherfucking bingo website.

As for Jonah Hill, he’s ready to take a victory lap. “So many people to thank,” he wrote on Instagram. [Martin Scorsese], thanks for pushing me over the edge. And of course the great [Samuel L. Jackson]. Humbled.”

So many people to thank. @martinscorsese_ thanks for pushing me over the edge. And of course the great @samuelljackson . Humbled . (Also “new report”? Lol what team of scientists cracked this one?). Lots of love ❤️