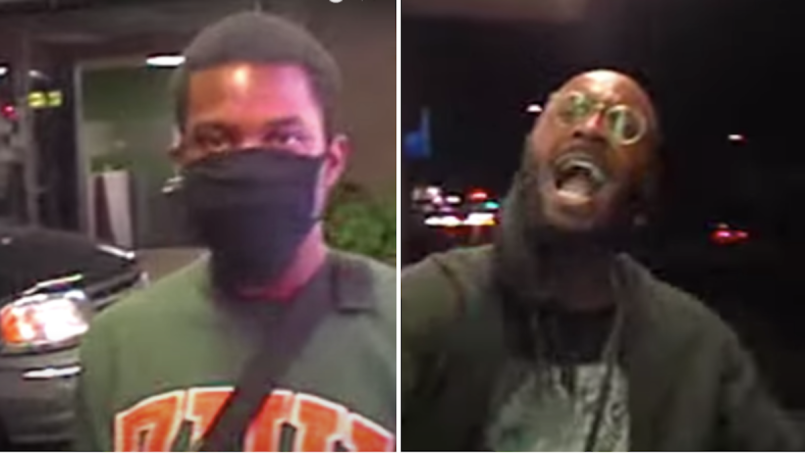 In February, JPEGMAFIA released a new jam for everyone with a “fucked up hairline,” “BALD!”. While Denzel Curry has a full head of hair, he also takes great pleasure in rapping about anything at all, and the two off-kilter MCs have unleashed a “BALD! REMIX” that takes on the haters and promises there’ll be hell toupee.

After Peggy’s initial exuberant verse, the remix shaves down the beat to bare percussion. Curry starts off with a relentless, driving flow, before switching it up to a jazzier delivery. The accompanying music video was filmed on a cellphone outside of a convenience store, as the two artists take turns filming each other. It’s a delightfully lo-fi experience, as simple and full of joy as a couple of kids rapping on the corner. Check out “BALD! REMIX” below.

In addition to “BALD!” JPEGMAFIA recently shared the new tracks “Covered in Money!” and “BODYGUARD!”. Presumably, he’s working on a new album stocked with exclamation marks, which would be the follow-up to last year’s All My Heroes are Cornballs.

As for Denzel Curry, he teamed up with Kenny Beats earlier this year for the all-killer no-filler UNLOCKED. That album has subsequently been adapted into a comic book, and a sequel is on the way.