JPEGMAFIA Is a “CUTIE PIE!” in His New Song: Stream

The latest in a string of singles from the experimental rapper 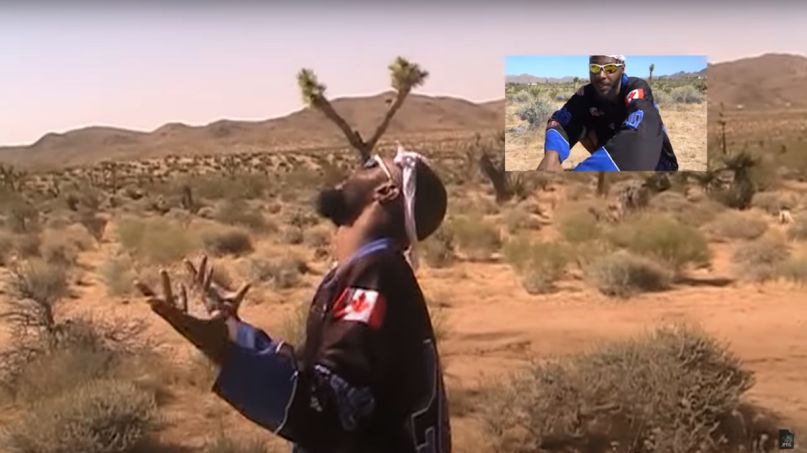 JPEGMAFIA is always a ball of energy, but 2020 appears to be the year where he lets off creative steam at every opportunity that arises. Today, the experimental rapper has released his fifth (!) new single of the year, “CUTIE PIE!”, alongside a low-res music video.

Since dropping his album All My Heroes Are Cornballs last fall, JPEGMAFIA has shared a string of exclamatory tracks that read like flyer announcements thanks to names like “BALD!”, “BODYGUARD!”, and “Covered in Money!”. Clearly, this new single “CUTIE PIE!” continues the trend.

“CUTIE PIE!” opens with a lo-fi percussion beat that sounds like it’s being recorded to an iPhone and a slinky bass beat. Combined, the rhythm section is a throwback to ’90s hip-hop — and JPEGMAFIA keeps that mood going by spitting nonstop verses in a monotone delivery. Unsurprisingly, it’s yet another great standalone track by one of rap’s most exciting artists.

In the song’s music video, directed by Peggy, JPEGMAFIA can be seen running wild in a dusty expanse of Joshua Tree, twirling in circles, and posing as he raps along to the track. “Keep filming no matter what,” he says at the top of the clip. As a result, the video captures every bit of JPEGMAFIA’s impromptu creativity by splicing together the highlights, even overlapping footage at times. Watch it below.