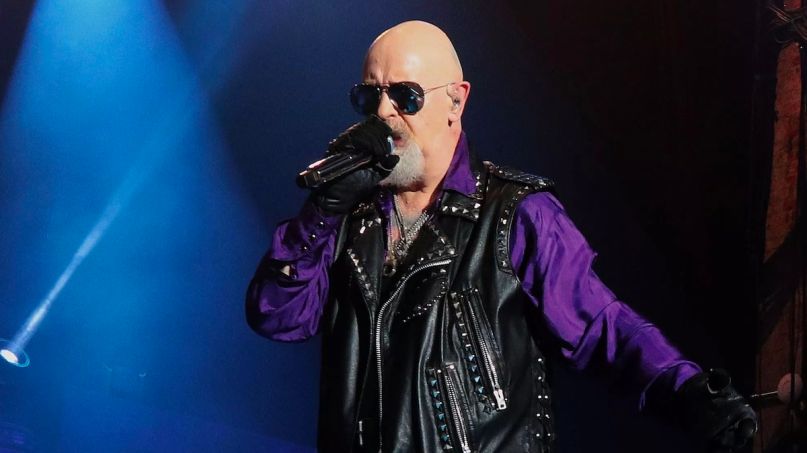 Judas Priest singer Rob Halford will “expose every facet” of himself in an upcoming autobiography, titled Confess. A September 29th release date has just been announced for the book.

The metal legend revealed that he was working on the book last year. In an initial press release, he promised he wouldn’t hold anything back. “Confess is a unique once-in-a-lifetime opportunity for me to expose every facet of myself,” stated Halford. “Digging deep with nothing to hide and nothing to fear was in many ways exciting, fun, disturbing, terrifying and cathartic. I’ve held nothing back. It’s time for me to ‘confess.’”

The memoir will span Halford’s entire life and career, including his decision to publicly come out as gay in 1998. Among the other topics addressed will be his reasons for quitting Judas Priest in 1992 and then subsequently rejoining the band in 2003.

The rights to the autobiography were acquired by the UK’s Headlining Publishing, and it will be released through Hachette Books. “I have a real passion for warts-and-all, career-spanning autobiographies from icons of the music world and Rob Halford’s story is truly incredible,” stated Sarah Emsley, publishing director at Headline Publishing. “Covering seven action-packed decades, the early material [I’ve seen] from Confess is stunning.”

Judas Priest were set to embark on a 50th anniversary tour this year, but those plans are on hold due to the COVID-19 pandemic. As of now, the band is still slated to open for Ozzy Osbourne on a European tour this fall. However, between the pandemic and Ozzy previously canceling his North American tour due to health reasons, it’s unlikely the trek will still take place.

Pre-orders of Rob Halford’s autobiography, Confess, are available in both hardcover and Kindle editions here. A non-final version of the book over can be seen below.