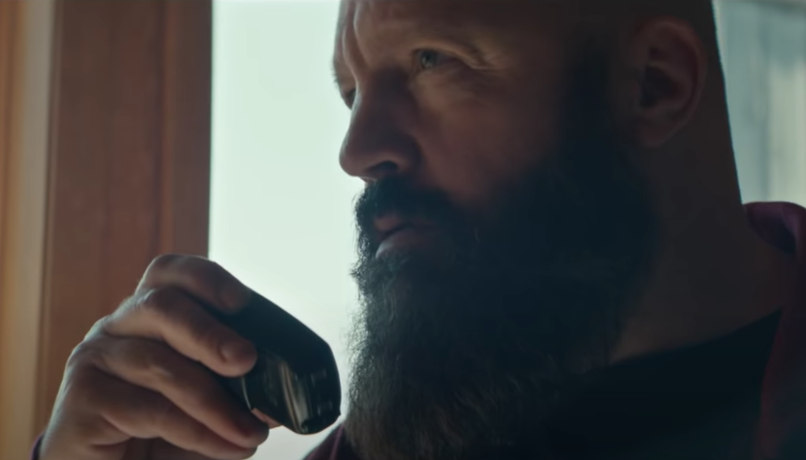 Kevin James is a man of many faces apparently. He’s been the King of Queens. He’s been a grown up. He’s been cinema’s beloved mall cop. Next, he’s bringing his talents to white supremacy in the star-studded home invasion thriller Becky.

To be fair, James is not the only one going against type. Joining him for this wild thrill ride is Community hunk Joel McHale, who’s playing the patriarch of this troubled home. So, what the hell is this whole thing about and who is Becky?

Directed by Jonathan Milott and Cary Murnion, Becky follows the titular 14-year-old (Lulu Wilson) who’s been whisked away for what should have been a weekend getaway at their father’s lake house cabin. Alas, Nazi Blart…

All joking aside, this one looks pretty vicious, and we’re all about comics trying their hand in horror. Whether this adds up to more than just another re-run of Straw Dogs and Last House on the Left remains to be seen.

Watch the trailer below and catch it June 5th on VOD.