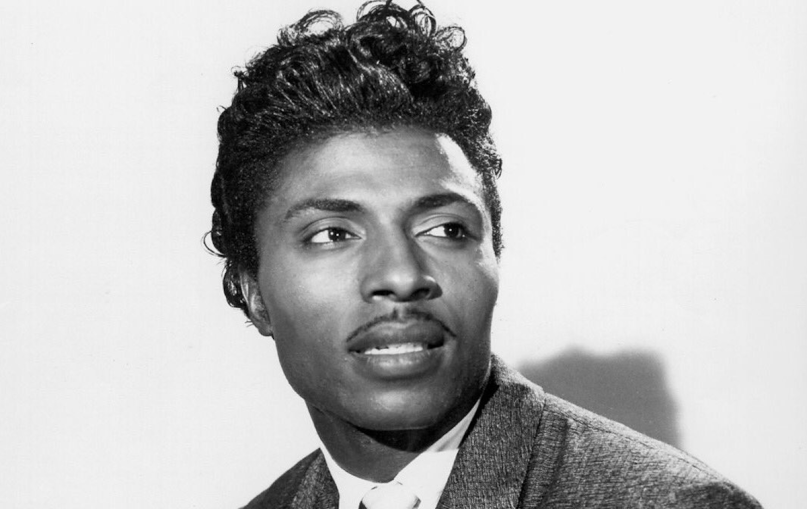 Little Richard, one of the greatest artists in the history of popular music died on Saturday. Words like “trailblazer” and “pioneer” somehow feel insufficient; Little Richard was rock and roll, embedded deep within the genre’s DNA. His reach extended far beyond hits like “Tutti Frutti”, and his innovations in vocal technique, fashion, sexual expression, and concert spectacle influenced generations of musicians. In the wake of his passing from cancer at the age of 87, thousands of artists released statements expressing all that the late titan meant to them.

“When we were on tour with him I would watch his moves every night and learn from him how to entertain and involve the audience and he was always so generous with advice to me,” Rolling Stones frontman Mick Jagger remembered.

“He was there at the beginning and showed us how to rock and roll,” Brian Wilson added on Twitter. “He was such a great talent and he will be missed.”

“This man was literally THE BLUEPRINT of all the world took from,” proclaimed Questlove. “LITTLE RICHARD is THE TRUE KING. LONG LIVE THE KING.”

Jerry Lee Lewis said in a statement to Rolling Stone, “He will live on always in my heart with his amazing talent and his friendship! He was one of a kind and I will miss him dearly. God Bless his family and fans. Rest In Peace, my friend.”

Without a doubt – musically, vocally and visually – he was my biggest influence. Seeing him live in my teens was the most exciting event in my life at that point. Goosebumps, electricity and joy came from every pore. His records still sound fresh and the opening few seconds of “Tutti Frutti” are the most explosive in music history. I was lucky enough to work with him for my “Duets” album in 1993. He was shy and funny and I was SO nervous. The track we recorded “The Power” is a favourite in my catalogue. We also played live at the Beverly Hilton and I felt like I’d died and gone to heaven. He influenced so many and is irreplaceable. A true legend, icon and a force of nature. #RIP Little Richard Love, Elton x #LittleRichard

So sad to hear that my old friend Little Richard has passed. There will never be another!!! He was the true spirit of Rock’n Roll! pic.twitter.com/yU1EJmjejU

RIP Little Richard, a very sad loss. My thoughts are with his loved ones.⁣
⁣
It’s Little Richard’s songs that pioneered rock’n’roll. I got to hear him and his band at the Newport Lounge in Miami and boy were they good. ⁣ pic.twitter.com/JXgahhJAfk

I’m very sorry to hear about Little Richard. He was there at the beginning and showed us all how to rock and roll. He was a such a great talent and will be missed. Little Richard’s music will last forever.
Love & Mercy, Brian pic.twitter.com/kcak6Rf4Re

God bless little Richard one of my all-time musical heroes. Peace and love to all his family. 😎✌️🌟❤️🎵🎶💕☮️ pic.twitter.com/H2lzKbX3tm

The King Of Rock And Roll. Zero Questions. Journalists Do Your Job. Not ARCHITECT not PIONEER. not HITMAKER. This man was literally THE BLUEPRINT of all the world took from. LITTLE RICHARD is THE TRUE KING. LONG LIVE THE KING.

The loss of a true giant. My sincerest condolences go out to his family and friends. https://t.co/nzTDmQtLm7

RIP Little Richard. The man who invented Rock and Roll. Elvis popularized it. Chuck Berry was the storyteller. Richard was the archetype. Maureen and I were so honored being the first marriage he conducted. We were lucky to know him. He lives forever in the Underground Garage. https://t.co/D8NwRKcshi

With his exuberance, his creativity, and his refusal to be anything other than himself, Little Richard laid the foundation for generations of artists to follow. We are so lucky to have had him. Sending all my love to his family and friends today.

America has lost Little Richard, one of the inventors of rock and roll. He was a brilliant performer who broke down barriers and inspired millions of people around the world. Rest in peace. https://t.co/7kTTdIEttW

Little Richard was a great talent and a big part of my childhood so it was an honor when he played at my inauguration in 1993. His music influenced countless musicians and we still feel it today. I will miss him and his unforgettable charisma.

A couple weeks ago I randomly decided to read up on the legendary Little Richard on wiki. I learned then about how he developed The Beatles and saved The Rolling Stones pic.twitter.com/lUEvYG1Mew

Farewell to the definition of rock and roll, Little Richard 🖤 pic.twitter.com/bOiqisjS5O

If one image could claim to sum up the spirit of rock'n'roll, it's this one. So long, Little Richard #Awopbopaloobopawopbamboom! pic.twitter.com/kudI4WWpqP

Absolutely heartbroken this morning at also hearing the news of the passing of my bro & friend, the great Little Richard.  From our connection through our mutual mentor, Bumps Blackwell, to recording “Money Is” & “Do It To It” for the $ soundtrack, to…https://t.co/jeHNYYobEP pic.twitter.com/aEJEQVuNN9

The Innovator, originator, the architect…. a Rock and Roll king! A god has left the earth. Rest in Power Little Richard. pic.twitter.com/yVYEVxr9Vj

Little Richard was a performer so riveting, so extraordinary, that #JimiHendrix was his sideman and #JamesBrown his opening act. THANKYOU for everything. THANKYOU for rock n roll. https://t.co/9AiUcBaOhk

Sadly, Little Richard passed away today. A founding Father of Rock And Roll, his contributions simply can’t be overstated. I had the honor of meeting Richard in his later years and was awed by his presence. He told me, “I am the architect of Rock And Roll.” Amen! ..Rest In Peace. https://t.co/ceQuNU6pkF

Just got word that Little Richard has passed away.
So many musical memories of this unique talent and we were honored to have him at the Volunteer Jam one year
He was one of a kind
Rest in peace Richard Penniman

One of the coolest riffs The best backbeat in the world Little Richard was an immense inspiration for me, love the man #riplittlerichard – Lucille (1957) [Long Version, High Quality Sound] https://t.co/VIAVy7boDF via @YouTube

In the late 1980s, I was walking down Hollywood Blvd, a black limo drove by slowly, Little Richard waved at us from the back window with a crazy look on his face. A giant in Rock and Roll music.

Rest In Peace To One Of The True Creators Of Rock And Roll. This Is The Commercial I Directed With Little Richard And Michael Jordan, 1991. pic.twitter.com/51bEV1eYKB

Dust To Digital is such a incredible site and curated dedication. Since we are in the era of social distancing please RT this as the ultimate tribute to The Quasar Of Rick and Roll!!! RT RT lets get a million RT on the Incredible Little Richard. My FTP lyric was a 1989 nod to him https://t.co/0ZL7V0z7kc

Rock and roll is the opposite of straight and white.
Little Richard is directly responsible for most of my favorite things in life.
Rest In Peace and Eternal Power to The Only King. pic.twitter.com/AZDmIFfwrP

Sing in Peace Little Richard. Bless you! No one had a greater hand in creating Rock n Roll, the Sacred Weapon that continues to heal our troubled world. Eternal Love and Thanks. pic.twitter.com/rWdSOIe7C5

Blessings to Little Richard, a true original and pioneer of Rock 'n' Roll. His song "Baby Face" was the first single I bought. God grant him eternal peace.#LittleRichard #RockAndRoll pic.twitter.com/iuNUlkPoPz

Little Richard changed everything for me. When he came over the airwaves the world was never the same.

I served soul food brunch to Little Richard every Sunday for a year while waitressing at Aunt Kizzy’s Back Porch in LA. I was a college student. He tipped me a crisp $100 bill each week on a $75 breakfast with friends. This was 30 years ago. Helped me so much. God rest his soul. https://t.co/L0vo1tPdBv

“Wasn’t I wonderful?!” — Little Richard, after telling him I loved his show when I met him in the ‘90s. Yes. Yes, you were. Long live Little Richard! pic.twitter.com/ziiVNo4Phh

Growing up in the 50's, one of the main reasons we loved Little Richard was that our parents hated him SO MUCH. His music made them crazy.They screamed for us to turn him off. It made us play his music even more. It was the beginning of a real generation gap.

#RIP to a true music icon and pioneer — "The Innovator, The Originator, and The Architect of Rock 'n' roll." #LittleRichard's passion for music, powerful presence and visionary genius were truly unmatched. Rest in peace, old friend. #RIPLegend pic.twitter.com/2dU6IWPvaT