The collaborators debuted the updated take on Jimmy Kimmel Live! back in March 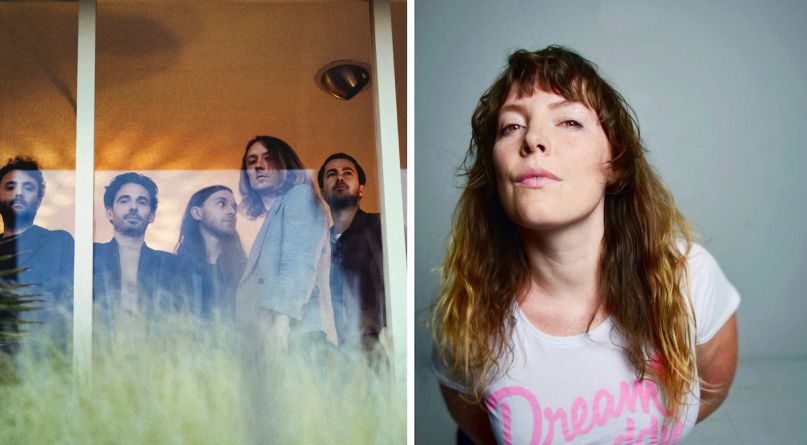 Way back in March — when bands were still able to perform for live audiences — Local Natives debuted a new version of their song “Dark Days” featuring Sylvan Esso’s Amealia Meath on Kimmel. Today, they’ve shared the studio version of the indie collaboration.

The update of the track from 2016’s Sunlit Youth finds Meath adding a brand new verse that, as Local Natives puts it, “taps into the nostalgia and the longing we all feel for a different time.” The new take was mixed by Spike Stent, known for his work with Madonna and Björk.

“It was a joy to dip into summertime with Local Natives,” Meath said of working with the band. “‘Dark Days’ is a beautiful illustration of being young, riding bikes, and trying to figure out how to love on and be vulnerable with someone. It was an honor to be asked to write a new verse and lend my voice to the story.”

Take a listen to the new “Dark Days” and revisit its Kimmel debut below.

In related news, Sylvan Esso made a return appearance to NPR’s Tiny Desk Concerts. Instead of sitting behind Bob Boilen’s desk like they did in 2017, however, they delivered this quarantine performance from their couch at home. Messing with a table full of modular synths, the pair played their tracks “Radio”, “Rewind”, and “Die Young”. Watch below.

Local Natives’ latest LP was last year’s Violet Street. Sylvan Esso, meanwhile, recently released their live album and concert film WITH. Joining Consequence of Sound on the This Must Be the Gig podcast, the duo also teased work on a new album, the follow-up to 2017’s What Now.