Lorde Has a New Album in the Works, And She Says It’s “So Fucking Good” 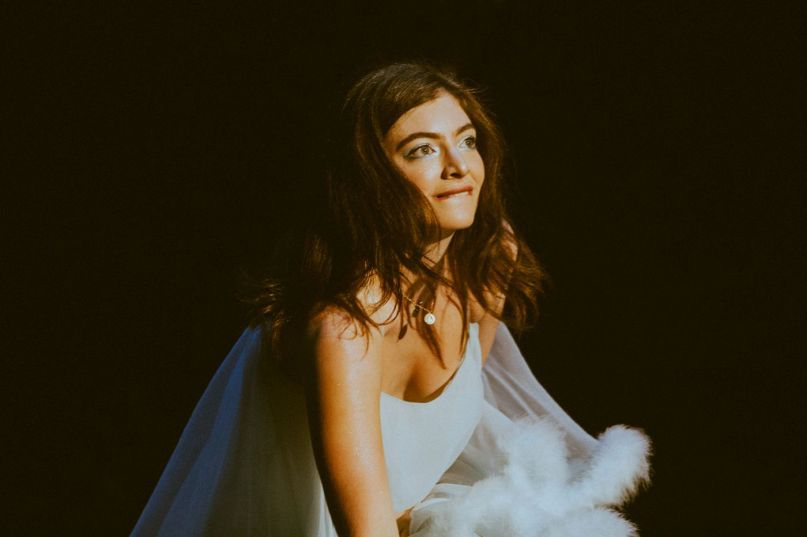 If there’s one positive to be had from this period of self-isolation it’s that there’s lot of music is currently being created. Earlier today we learned that Trent Reznor has taken a “deep dive into new NIN material.” Now, in a newsletter to fans, Lorde has revealed that work on her third studio album is well underway.

Lorde actually began working on the Melodrama follow-up prior to quarantine, as her and frequent collaborator Jack Antonoff split time between studios in New Zealand and Los Angeles. Even after having to shelter in place, she’s “still working away — Jack and I FaceTimed for over an hour this morning going over everything,” Lorde revealed.

Because of the current constraints, Lorde acknowledged that it’ll  “take a while longer” for her to finish the album, but she’s excited nonetheless. “The work is so fucking good, my friend,” Lorde proclaimed. “I am truly jazzed for you to hear it.”

Elsewhere in her letter, Lorde discussed how the rigors of touring behind Melodrama left her feeling “extremely grim.” As she explained, “I knew I needed a break from touring at the end of the last cycle. I was finding the combination of brutal stage fright and having no fixed home and no connection with what I ate or where I lived extremely grim. I needed to make some food, grow some stuff, go to the beach a bunch, finally acknowledge (and kick) my social media addiction.”

As such, Lorde admitted that she “wasn’t sure if I’d tour again for a long time. And I still don’t know what touring is gonna look like for me, sensitive sweet pea plant that I am.”

“But I know now how excited I am to get back out there,” she continued. “I want to be playing festivals again — hearing my intro music, watching the band walk onstage. I want to devastate. I want to see a huge line of you outside my hotel. I want to hug you all, and hold your hands. I want to do interviews, talk about the record over and over until I know it inside out. I want to do photoshoots, make videos. I want to eat summer foods in beautiful countries — ice cream and tomatoes and anchovies. I want to use my gift, and watch it grow. Who knows when it’ll be safe to do those things, but I’m craving them, and I wanted you to know.”

Let’s hope the world soon gets the green light to re-open and we can hear the fresh sounds Lorde is cooking up.