The fortysomething camper had been planning to stay for the week 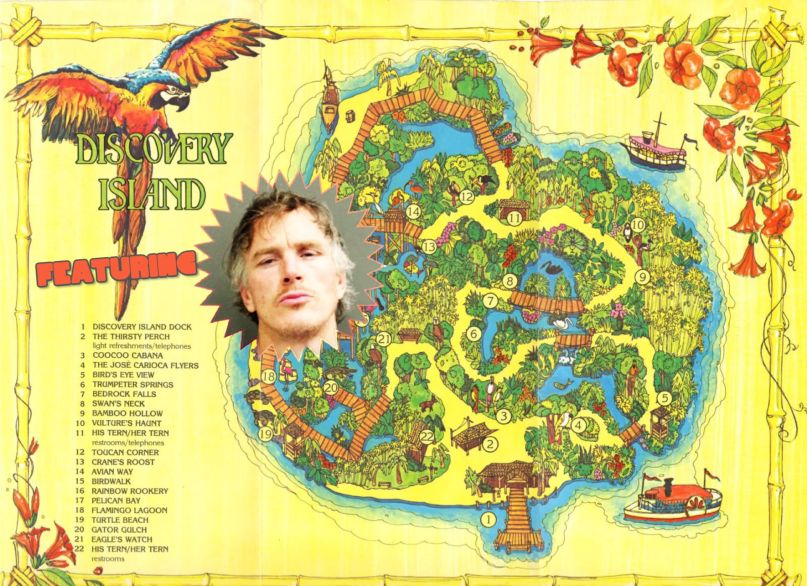 A man was arrested on Thursday for trespassing on Walt Disney World’s notoriously abandoned Discovery Island (via CNN). Richard McGuire, 42, had been squatting on the island since Monday or Tuesday, no doubt finding its desolate surroundings an ideal utopia at a time when the world similarly seems deserted.

More specifically, according to an Orange County Sheriff’s Office report, McGuire dubbed the locale a “tropical paradise” and claimed he had no idea the property was off limits. Of course, to get into said paradise, McGuire would have had to pass a number of “no trespassing” signs and multiple gates, but hey, we’ll take his word for it.

Regardless, McGuire’s big camping trip sparked one hell of a production as Orange County officials searched for him on foot, on boat, and on helicopter. Despite using a loud speaker to call him out, McGuire pleaded ignorance, arguing he was asleep in one of the buildings while their re-enactment of The Fugitive was going on outside.

Alas, McGuire was eventually arrested and charged with trespassing on posted property with a court hearing set for June. That’s all a slap on the wrist to the real punishment: He’s been ordered not to return to any Walt Disney World properties. So, here’s hoping he was one of the lucky few to see Galaxy’s Edge and ride the Millennium Falcon.

Then again, all Walt Disney properties have been closed for weeks now due to the coronavirus, so perhaps McGuire is the real winner in this story. At the very least, he’s one of the few urban explorers out there who was able to actually make it on Disney’s zoological relic Discovery Island, which has been closed since 1999.

The rest of us have had to slum it on YouTube…