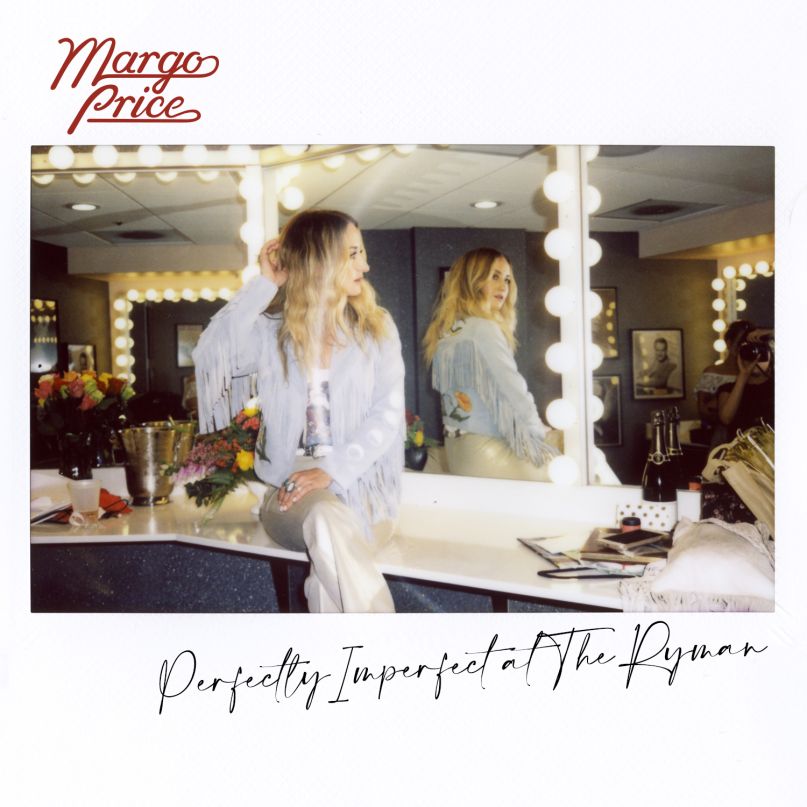 Margo Price's artwork for Perfectly Imperfect at The Ryman

“I am so excited that we are releasing it today,” Price said in a statement. “The recordings are rough and the performances are raw, but there was a magic there and the band was on fire. We played unreleased songs, alternative album versions and had lots of special guests. I hope it moves you.”

Because of the pandemic, Price postponed the release of her new album, That’s How Rumors Get Started, which is now due out this summer. She previously previewed the Sturgill Simpson-produced album with the single “Twinkle Twinkle”.

Price also recently paid tribute to John Prine by performing a cover of “That’s the Way That the World Goes Round”.