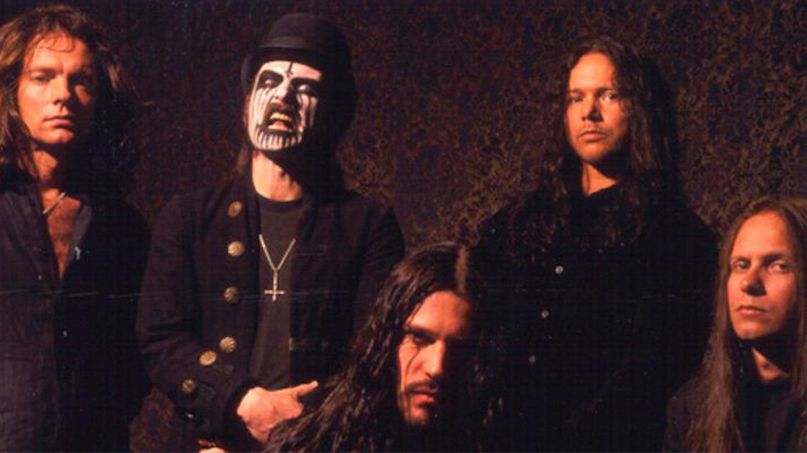 Reunited metal legends Mercyful Fate are making progress on what would be their first new music release in more than 20 years. In a new interview, guitarist Hank Shermann revealed that the band has six or seven songs that are “about to be ready” for the long-awaited follow-up to 1999’s 9 album.

Mercyful Fate’s initial reunion announcement last year teased new music in the vein of the band’s classic ’80s LPs Melissa and Don’t Break the Oath, in addition to a number of festival appearances. Due to the coronavirus pandemic, many of those fests — including Psycho Las Vegas — have been canceled or postponed. But the band members have continued writing and working on music despite being in separate locations.

“[Singer] King [Diamond] is living in Texas, in the States. I’m living here north of Copenhagen, in Denmark,” Shermann told Australian music outlet Heavy in a new interview. “The drummer [Bjarne T. Holm] is also here, so I work with him in the rehearsal room shaping the new songs. The other guitar player [Mike Wead] is in Stockholm, Sweden, and our new bass player [Joey Vera] is in Los Angeles. So everything is Dropbox or e-mails.”

As for new material, Shermann offered the first solid update since the reunion announcement, revealing that the effort has been in the works for some time. One song has already made it to King Diamond for vocals.

“I have been working at least the last one and a half years on new Mercyful Fate songs,” he added, “and I think there’s about six or seven [tracks] about to be ready. The first song has been sent to King after it’s been mixed and all the guys played on the song. So I sent the files to Joey in Los Angeles; he did the bass. And then I sent the same files to Mike in Stockholm; he did his solos. And now King has the first song, evaluating for the vocals to be added. And then we will rearrange certain parts to be twice as long and stuff like that.”

It remains to be seen whether the new material will be released as a full-length album or an EP, or perhaps as stand-alone singles. The recordings will be the first with Fates Warning bassist Joey Vera, who replaced the late Timi Hansen — the band’s original bassist who passed away last year after a battle with cancer.

As for King Diamond, it appears the iconic frontman is juggling both the new Mercyful Fate record and his upcoming solo saga, The Institute, a two-part concept album. He’s released one track from the project, the excellent “Masquerade of Madness”, his first new music in 12 years.