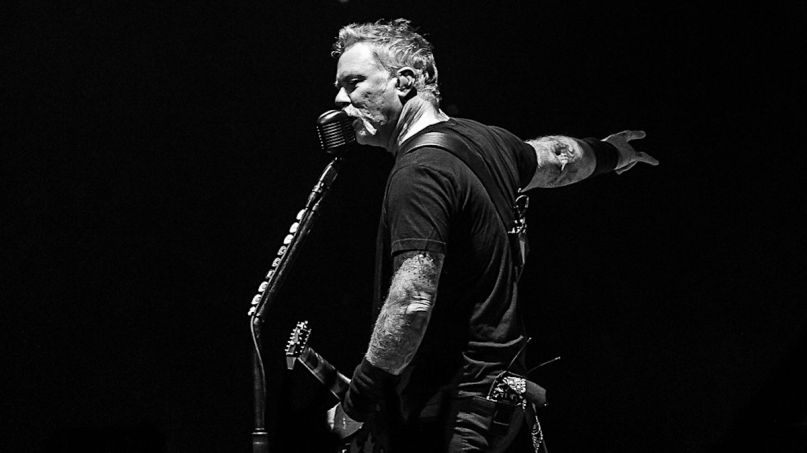 Metallica have been digging through their vast archive of live performance footage for their weekly #MetallicaMondays concert series. The latest installment should particularly appeal to fans of “The Black Album”, as the band unearths a back-to-front performance of the LP recorded in 2012 in Austria.

The footage captures Metallica’s headlining set for the Nova Rock Festival on June 10th, 2012 in Nickelsdorf, Austria. After playing a handful of hits including “Master of Puppets”, the band launched in a full performance of 1991’s Metallica (aka “The Black Album”) in reverse order, starting with “The Struggle Within”. After playing the full album, they finished the lengthy show with a few more hits.

The set and the band’s respective European tour celebrated the 20th anniversary of the legendary 1991 self-titled album. The LP marked a turning point in the band’s career, featuring more rock-oriented songcraft and glossier production (courtesy of Bob Rock).

The shift away from full-on thrash metal divided fans, yet introduced Metallica to a worldwide audience and lasting commercial success. Its most famous track, “Enter Sandman”, has become omnipresent in pop culture and stands as one of the most lucrative metal songs ever. Other classics such as “Sad But True” and “Nothing Else Matters” remain staples in the band’s live sets. To date, the album has sold more than 16 million copies in the United States alone.

Metallica launched the weekly concert series after postponing or canceling their spring shows due to the COVID-19 pandemic. A South American tour with Greta Van Fleet was rescheduled to December, while headlining festival slots at Epicenter, Welcome to Rockville, and Louder Than Life were canceled. As of now, rhey’re still slated to headline the Aftershock Fest on October 9th-11th in Sacramento, California. Meanwhile, the band pledged $350,000 to COVID-19 relief through their All Within My Hands Foundation.

Watch Metallica’s “Live in Austria” show below beginning at 8:00 p.m. ET / 5:00 p.m. PT on Monday (May 11th). The shows remain posted on Metallica’s YouTube and Facebook channels for one week, until the next one is uploaded.

Check out tonight’s #MetallicaMondays show, “Live in Austria – June 10, 2012” for a set that sees “The Black Album” played from back to front in celebration of the album’s 20th anniversary. Tune in for free at 5 PM PDT / 8 PM EDT on YouTube or Facebook! #StayHome pic.twitter.com/0rWdoT8AtP