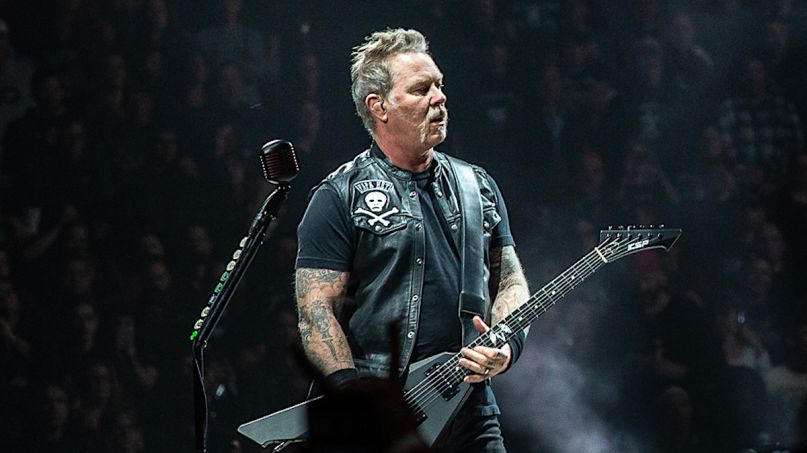 Metallica’s weekly concert-streaming series #MetallicaMondays continues with a March 2014 show from Lima, Peru, which took place as part of the band’s “By Request” tour. The outing allowed fans to help pick the set for each gig.

The 2014 trek offered online song polls for each city, and the sets were determined by fan voting. While most of the 18-song setlist for the Lima show featured Metallica’s usual concert staples like “Master of Puppets” and “Enter Sandman”, there were a few surprises such “Fight Fire With Fire” from Ride the Lightning and the “Vote of the Day” selection “Hit the Lights” from the band’s 1983 debut, Kill ‘Em All.

Last week, Metallica shared a show that took place in Chicago in August 1983, just a few weeks after they had released Kill ‘Em All. Overall, the #MetallicaMondays concerts are spanning the metal band’s entire career.

While Metallica are off the road due to the COVID-19 pandemic, they may start work on a follow-up to 2016’s Hardwired … To Self-Destruct. During a recent online video chat, drummer Lars Ulrich said that if the concert industry ends up being shut down for six months to a year, there’s a “very good chance” that Metallica will hit the studio to write and record a new album.

Watch Metallica’s “Live in Peru” show below beginning at 8:00 p.m. ET / 5:00 p.m. PT on Monday (May 18th). The concerts remain posted on Metallica’s YouTube and Facebook channels for one week, until the next one is uploaded.