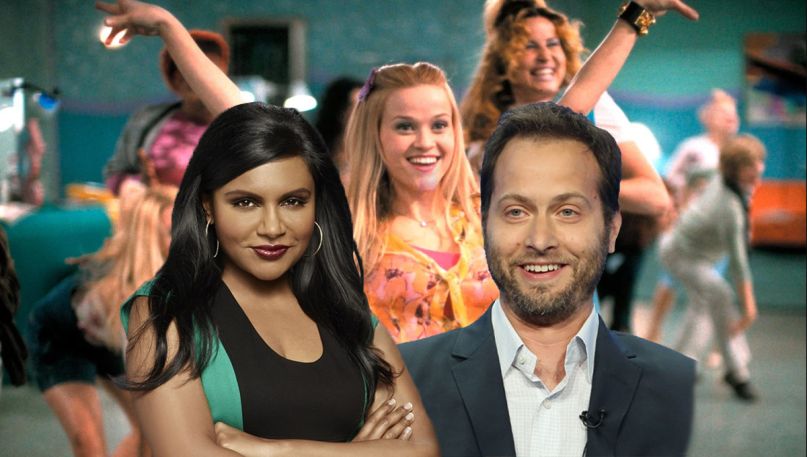 Time to brush up on that bend and snap, because Elle Woods is back. Deadline reports that Mindy Kaling and Dan Goor have been tapped to write the script for Legally Blonde 3, which will see Reese Witherspoon return to star.

Witherspoon first announced the threequel to 2001’s Legally Blonde and 2003’s Legally Blonde 2: Red, White & Blonde back in 2018. At the time, original scribes Karen McCullah and Kirsten Smith were expected to serve as screenwriters. However, Kaling and Goor (Brooklyn Nine-Nine, Parks and Recreation) have now been brought onboard to take the story in an entirely new direction.

What that story is remains to be seen. The first movie saw Witherspoon’s fashion-focused sorority girl character attending Harvard Law to prove she’s “serious” enough for her ex-boyfriend. Its sequel saw her heading to Washington, DC to try and pass an animal rights bill. (There was also a straight-to-DVD spinoff, Legally Blondes, centered on Elle’s British twin cousins… for some reason.)

Back in 2015, Witherspoon hinted that she’d like to see Elle enter the words of politics officially. “I actually think it’s kind of great right now because we’re talking about women in politics and how important that is to get more women,” she told Rachel Zoe on Fashionably Late. “And I think it’d be kind of a cool thing to have her be a Supreme Court justice or somebody who runs for office, president.”

As for who else from the cast might return, that’s also up in the air. If it picks up where Legally Blonde 2 left off, fans could expect to see Luke Wilson back as Emmett Richmond, Elle’s husband, and Jennifer Coolidge returning as her salon confidant Paulette Bonafonté.

This marks the second upcoming project from Kaling and Goor. Last spring, the pair sold a pitch for a wedding comedy starring actress/former Miss World Priyanka Chopra to Universal.