The episode culminated with a group sing-along of "5,000 Candles in the Wind" 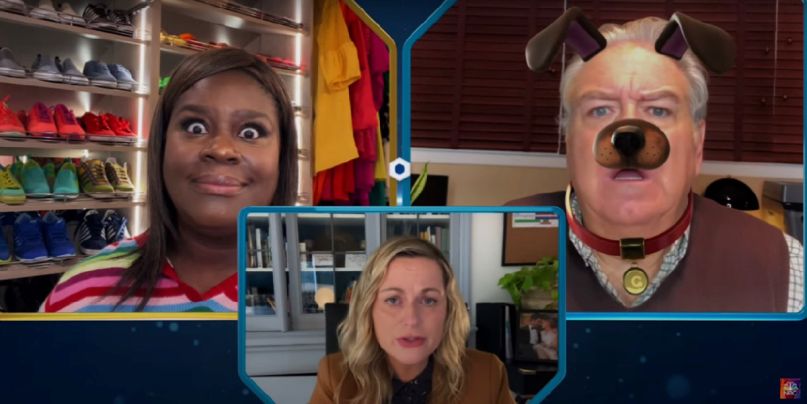 A Parks and Recreation Special

Five years after signing off the air, Parks and Recreation returned Thursday night for a 30-minute scripted special benefiting Feeding America. Following its initial television premiere, NBC has now uploaded the full episode to its YouTube channel and is streaming it for free.

In his review, Andrew Bloom said the special was “warm”, “familiar” and exactly what the world needed right now. He wrote,

“But you’d also have to be made of stone to complain too hard about that right now. There is a sheer joy to seeing those smiling faces on the same screen again, even if it’s in a collection of Gryzzl chat windows. There is something still utterly heartwarming about Ron Swanson pushing past his natural prickliness once more, because he knows it’s what Leslie needs. There is a rousing, even moving spirit at play when the former coworkers and friends of Pawnee join together one last time to sing ‘5,000 Candles in the Wind’, as a tribute to Li’l Sebastian and all the things that have brought and kept them together.”

Yes, the episode culminated with a group sing-along of “5,000 Candles in the Wind”, which NBC uploaded separately alongside the full episode. You can find both embeds below.

The Parks and Recreation reunion special was created to raise funds for Feeding America’s COVID-19 Response Fund, which will enable food banks to secure the resources they need to serve the most vulnerable members of the community during this difficult time. State Farm and Subaru of America will each make matching donations of $150,000 and, combined with NBCUniversal and the writers/producers/cast of Parks and Recreation, a total of $500,000 in matching donations will be made through May 21st.