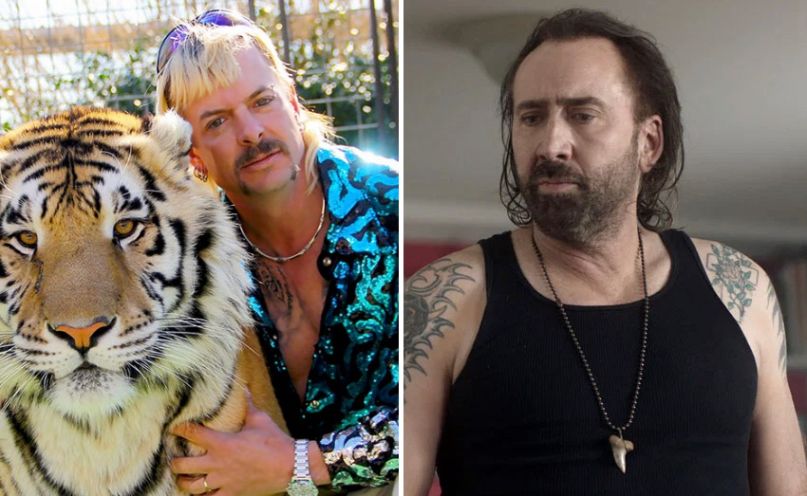 The eight-episode series, currently titled Joe Exotic, is being helmed by Dan Lagana, co-creator and showrunner of the Netflix mockumentary American Vandal. The story will focus on rise and fall of the eccentric zookeeper, who became an Internet sensation after being featured in the Netflix documentary Tiger King. He is currently serving 22 years in a federal prison after being found guilty of a murder-for-hire plot against his former rival, Carole Baskin, as well as for animal abuse.

As it turns out, Lagana’s project has actually been in development long before the premiere of Netflix’s Tiger King. According to Variety, CBS Television Studios optioned the series, based on a Texas Monthly story on Joe Exotic, in June 2019. Cage has been attached to play the titular character, which will mark the first TV role of his career, since last month.

This is the second scripted series centered on the characters from the Tiger King universe: SNL star Kate McKinnon is attached to play Baskin in an in-the-works show based on Wondery’s Joe Exotic podcast.

Aside from CBS’s Joe Exotic, Cage has several other intriguing roles in the cards, including The Unbearable Weight of Massive Talent, an ultra meta film wherein Cage will portray a version of himself, and a fourth John Wick film.