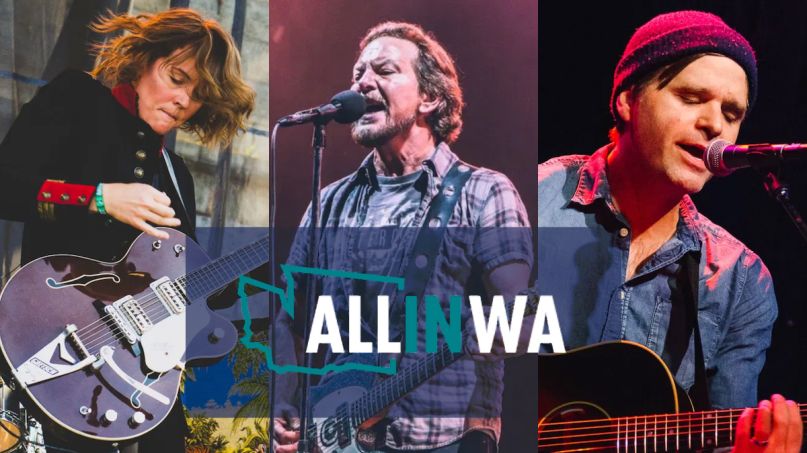 Washington’s finest are coming together for a livestream benefit event dubbed “All in WA: A Concert for COVID-19 Relief”. Set to take place Wednesday, June 24th at 10:00 p.m. EDT/7:00 p.m. PDT, the concert will feature a number of local musicians and personalities. (Update: All in WA has been rescheduled for June 24th.)

The concert will broadcast live on Amazon Music’s Twitch, as well as on local Seattle NBC affiliates KING 5 and KONG. Amazon Prime will also host video after its live airing.

“All in WA” is a statewide relief effort raising money to support Washington residents impacted by the coronavirus pandemic on all levels. The group’s fund has already raised $20 million of a $65 million goal, and concert viewers will be directed to donate during the show. Amazon CEO Jeff Bezos has pledged to match individual donations under $1 million, up to a total of $25 million.

More information on the program and livestream concert is available at the “All in WA” website, where you can also make a donation.

Editor’s Note:If you’re a fan of our content, consider supporting Consequence of Soundby visiting our newly launched web storeand picking up one of our custom face masks. A portion of the proceeds will benefit MusiCares’ COVID-19 Artist Relief Fund.