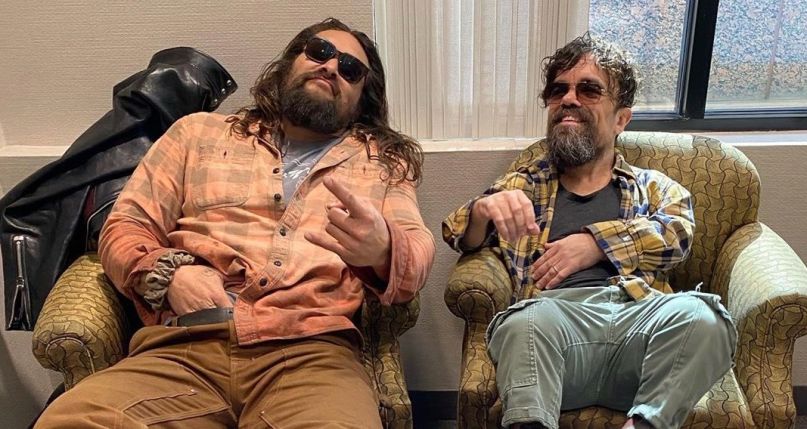 Game of Thrones alums Peter Dinklage and Jason Momoa have signed on to star in a vampire con film called Good Bad & Undead.

The original story, which comes from Mark Swift and Damian Shannon, sees Dinklage playing the legendary vampire hunter Van Helsing. However, he forging a relationship with an actual vampire (played by Momoa), he begins to scam towns by pretending to vanquish the vampire for money (via Variety). The scheme goes awry, however, when a large bounty is placed on the vampire’s head.

The Legendary production is being directed by Max Barbakow, who recently made waves at Sundance with his film Palm Springs.

Momoa, who recently played Ozzy Osbourne in a music video, is next set to star in Denis Villeneuve’s much-anticipated adaptation of Dune. Meanwhile, Dinklage has been cast opposite Josh Brolin in a Twins-inspired comedy called Brothers.

Editor’s Note: Pick up one of our new custom face masks and evade more than just frisky campers. It sure as hell beats wearing a dusty bag with a hole in it.