It's called Maison No. 9 and it was co-created by a New York nightclub owner 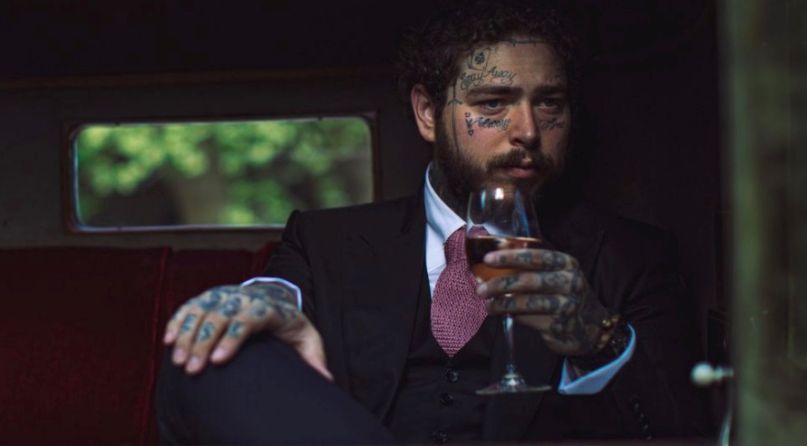 Fine, granted, that’s unfair to rosé, which doesn’t have to taste like a pile of sugar dumped into a bucket of food coloring. Perhaps Post Malone’s Maison No. 9 will be a dryer vintage — although, given his musical predilections for sugary-sweet hooks packaged with clever branding, perhaps not.

Speaking of branding, the artist born Austin Post has created this wine with Global Brand Equities, the brainchild of nightclub-owner James Morrissey. Combined the two men have a lot more experience drinking wine than making it, and so they’ve brought on oenologist Alexis Cornu. The name Maison No. 9 means “house number nine.” Assuming that title was market tested, it serves as proof that Americans think literally all French words sound fancy. What happened to houses one through eight, you might ask? The press release gives no hint, though in something of a non sequitur, it does mention that the Nine of Swords is Post Malone’s favorite tarot card.

In a statement, Post Malone said he’d “been thinking about doing my own wine for a while.”

“Rosé is for when you want to get a little fancy. It’s a nice switch up and I have been thinking about doing my own wine for a while. It was great to work with Global Brand Equities because they saw the vision and we got to do some super cool stuff. Maison No. 9 goes down smooth, and you’re all going to love it!”

Maison No. 9 will be available in 750mL, 1.5mL and 3L bottles, with suggested retail pricing of $21.99, $44.99, and $89.99 respectively. The 3L bottle especially sounds like a perfect thing to drink while wearing Post Malone’s line of crocs. The rosé is expected to hit shelves sometime in June, and you can sign up for updates on the wine’s website.

Post Malone is an extremely talented musician, whatever you think of how he chooses to deploy those talents, and last month he performed a brilliant 15-song set of Nirvana covers. In March, he suggested he gets face tattoos because he’s insecure about his looks, and after fans grew worried, he assured them his mental health is great.