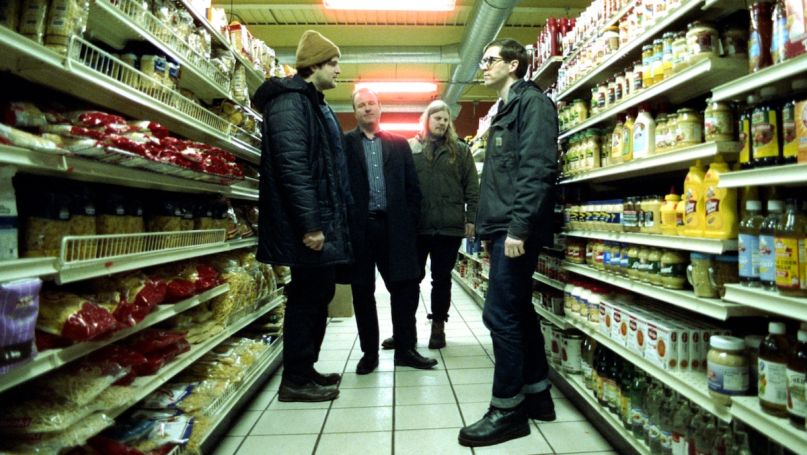 Protomartyr were meant to release their new album, Ultimate Success Today, tomorrow. However, due to the coronavirus crisis, the band has now pushed the album’s release date to July 17th. To tide fans over until then, they’ve shared a new single in “Michigan Hammers”.

For all its kineticism, “Michigan Hammers” feels extremely coalesced. Shots of staccato guitar are glued together with relentless but measured drums and the coaxing of horns. It’s like rubble being carefully reconstructed into art, which is fitting considering the track’s themes: “What’s been torn down can be rebuilt/ What has been rebuilt can be destroyed,” sings frontman Joe Casey.

The song comes with a video made using only stock footage due to, as Casey puts it, the current “miasma.” “This video is a retelling of a well-known Michigan folk tale that describes timeless themes of greed, power, death and rebirth and nothing short of the conflict of good and evil,” directed Yonnha Park said in a statement. Fans of ’80s sci-fi should be able to piece together the major plot points of a particularly famous franchise. Your move creep, so watch below.

Previously, Ultimate Success Today was teased with the singles “Worm in Heaven” and “Processed by the Boys”. The album follows Protomartyr’s 2017 full-length, Relatives in Descent.