The guitarist has also dealt with crippling nerve pain 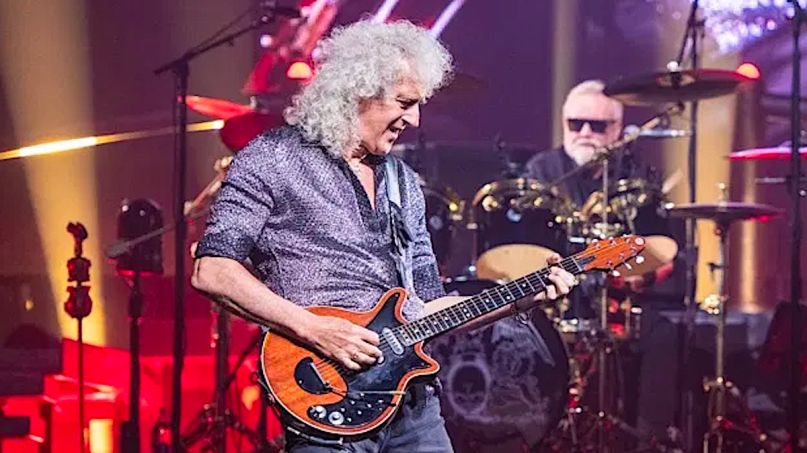 Queen’s Brian May revealed Monday that he recently suffered a small heart attack earlier this month, and was rushed to the hospital by his doctor. The incident came amidst other notable health concerns for the legendary guitarist.

A few weeks ago, May revealed on Instagram that he had torn his gluteus maximus muscle in his buttocks during a “moment of over-enthusiastic gardening”. In his new video message, the guitarist admitted he was “pissed off” by the “Brian May Is a Pain in the Bum”-type headlines.

While May did indeed tear his gluteus maximus, he said that he found out later, after another MRI, that the excruciating pain he described at the time actually came from a severely compressed sciatic nerve. “That’s why I had a feeling that someone was putting a screwdriver in my back,” he explained.

However, his most series health episode was soon to follow, with May revealing, “In the middle of the whole saga of the painful backside, I had a small heart attack. I say small — it’s not something that did me any harm. It was about 40 minutes of pain in the chest and tightness. It’s that feeling in the arms and sweating. And you kind of know — you’ve heard things and you think, ‘This is a heart attack.’ To cut a long story short, my wonderful doctor drove me to the hospital himself and I had an angiogram.”

“I actually turned out to have three arteries which were congested and in danger of blocking the supply of blood to my heart,” he continued.

May’s condition was treated as an “emergency case.” He was given the choice of open-heart surgery or having three stents placed in his arteries, and he chose the latter.

“I walked out with a heart that’s very strong now,” said May. “So I think I’m in good shape for some time to come …. I’m incredibly grateful that I now have a life to lead again. I was actually very near death because of this, but the pain that I had was from something completely different, it’s funny how things work. But I’m good, I’m here, and I’m ready to rock.”

The 72-year-old guitarist also urged anyone over 60 to get an angiogram, as he felt he had a very healthy heart before this incident.

In an earlier Instagram post, May detailed the pain he was suffering as result of the compressed sciatic nerve, writing, “It’s incredible what real pain does to you. I’ve always been a bit of a big shot about my tolerance to pain levels — like not getting Novocaine jabs at the dentist or whatever.”

He added, “But this nerve pain which came to inhabit my body about three weeks ago — no, it wasn’t a glute thing after all — has paralyzed my brain. I felt it took over my personality. I woke up feeling that somehow the pain WAS me, and I was struggling to get back in my body.”

Queen + Adam Lambert were set to kick off a European tour this past weekend, but postponed the outing until 2021 due to the pandemic. The tour will now kick off May 23rd of next year.

Watch and read Brian May’s recent messages to his fans in the Instagram posts below.