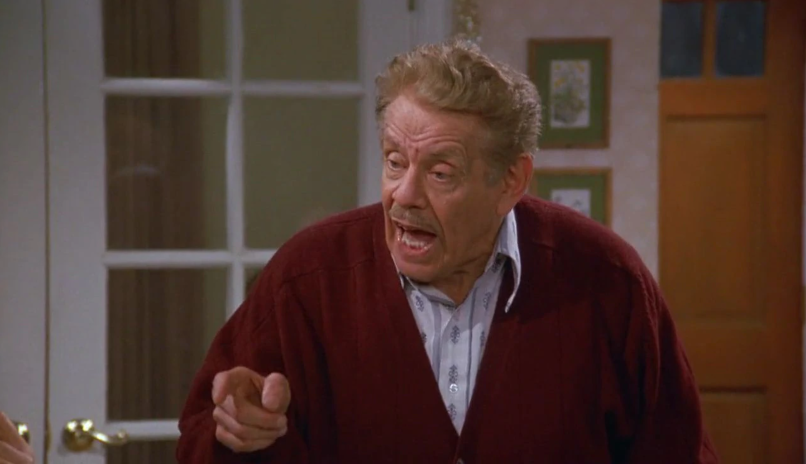 Jerry Stiller, legendary actor and comic of Seinfeld and The King of Queens, passed away on Monday morning. He was 92 years old.

His son, Ben Stiller, confirmed the news on Twitter: “I’m sad to say that my father, Jerry Stiller, passed away from natural causes. He was a great dad and grandfather, and the most dedicated husband to Anne for about 62 years. He will be greatly missed. Love you Dad.”

Born in Brooklyn, New York as the eldest of four children, Stiller lived in the Williamsburg and East New York neighborhoods before his family moved to the Lower East Side, where he attended Seward Park High School.

After serving in the U.S. Army during World War II, Stiller earned a Bachelor’s degree in Speech and Drama from Syracuse University in 1950. By 1953, he met his future wife Anne Meara, and the two wed the following year.

The husband and wife hit the comedy circuit as Stiller and Meara, eventually joining the Chicago improvisational company The Compass Players, which would later become The Second City. By 1962, they were turning heads in nightclubs across New York City.

From there, they gained notoriety nationwide with multiple appearances on The Ed Sullivan Show, radio commercials, and even their own syndicated five-minute sketch comedy show Take Five with Stiller and Meara. They would go on to host HBO Sneak Previews.

Stiller, however, would later become iconic for his role as Frank Costanza in NBC’s Seinfeld, which he portrayed from 1993 to 1998. He helped coined a number of catchphrases from the series, including “Serenity now!” and “A Festivus for the rest of us.” His role in the show earned him an Emmy nomination for Outstanding Guest Actor in a Comedy Series in 1997, and nabbed him an American Comedy Award for Funniest Male Guest Appearance.

He would parlay that success into another network smash as Arthur Spooner in CBS’ hit comedy series The King of Queens. Although he took on the role at the request of Kevin James, Stiller would go on to admit it was his most challenging gig to date, having tested his abilities as an actor from 1998 to 2007.

In addition to his roles in both hit series, Stiller also appeared in a number of films alongside his son, including Zoolander, Heavyweights, The Heartbreak Kid, and Zoolander 2. Needless to say, was always the loudest in the room.

He is survived by two children Amy and Ben Stiller.