He inspired everyone from The Beatles to Prince to Elton John 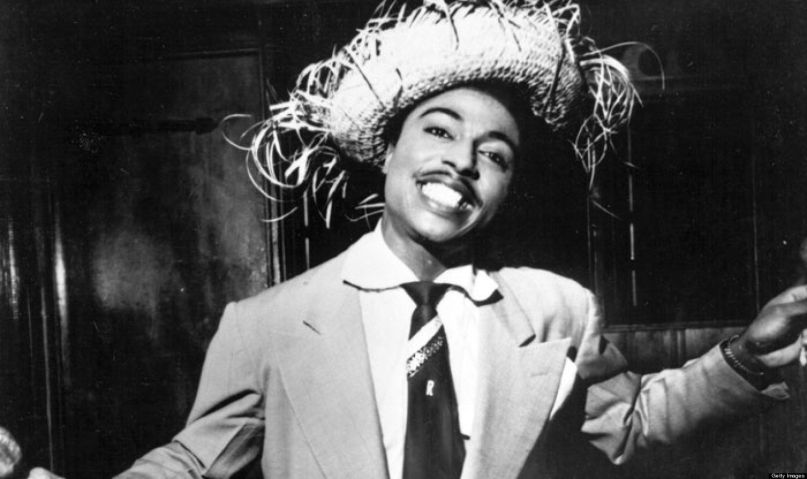 Rock and roll pioneer Little Richard has died at the age of 87.

Born in 1932 in Macon, Georgia, Richard Wayne Penniman was the third of 12 children of Charles “Bud” Penniman and Leva Mae. His father was a deacon, and it was at church that Richard first discovered his love for singing. He became particularly enthralled by gospel singers such as Brother Joe May and Sister Rosetta Tharpe, as well as the animated nature of his preacher’s sermons. After overhearing him sing during a concert, Tharpe invited Richard, then age 14, to open one of her concerts, and his professional career was born.

In his early teens, Richard began experimenting sexually with boys and often wore his mother’s makeup and clothing. Because of this, his father kicked him out of the house at the age of 15. He eventually settled in Atlanta, began listening to secular R&B and blues music, became immersed in the city’s minstrel show circuit, and joined the band Buster Brown’s Orchestra, where he was given the name “Little Richard”. He also began recording his own music, incorporating elements of blues, boogie, and gospel with a rhythmic beat, complemented by wailing vocals and playful, often sexually suggestive lyrics.

After attracting the attention of several record labels and releasing songs to various degrees of success, Little Richard achieved his first hit single with “Tutti Frutti” in 1955. It began a prolific three-year stretch during which Richard earned 17 top 40 singles, including “Long Tall Sally”, “Slippin’ and Slidin'”, “Rip It Up”, “Ready Teddy”, “The Girl Can’t Help It”, “Lucille”, “Jenny, Jenny”, and “Keep A-Knockin'”.

Beyond the music, Little Richard was widely known for his highly theatrical live performances. He wore flamboyant outfits and spent large portions of his concerts dancing and running on and off the stage. The spectacle attracted both white and black audiences to his concerts, making for rare instances of integrated group gatherings during the 1950s.

In late 1957, during a near-death experience aboard an airplane, Little Richard announced that he would cease recording secular music and instead follow a life in the ministry. However, five years later, in 1962, Little Richard was persuaded to tour Europe with an opening act named Sam Cooke. Though he initially chose to perform gospel music, after seeing the fan reaction to Cooke, Richard transitioned to performing his own past hits to much fanfare. The success of the tour led Richard to receive offers to play shows with an upstart rock band named The Beatles. Richard struck a friendship with the band, advising the group on how to perform songs live and teaching Paul McCartney different vocalizations.

In 1964, Richard served as a headlining act for a tour featuring The Everly Brothers, Bo Diddley, and The Rolling Stones. The following year, a young guitarist named Jimi Hendrix joined Richard’s band. Though his recordings at the time failed to capture the same success as his 1950s output, Richard remained a popular attraction on the live circuit, performing at shows and festivals alongside the likes of Janis Joplin and John Lennon. In 1979, following years of alcohol and drug addiction, Richard again retired from secular music in favor of evangelism.

The retirement was again short-lived, however, as Richard ultimately returned to the touring circuit in the mid-1980s. During this time, he also appeared in several films and TV shows, including 1986’s Down and Out in Las Vegas, 1988’s Pee-wee’s Christmas Special, and 1990’s Bill & Ted’s Excellent Adventure.

In 1986, Richard was a member of the Rock and Roll Hall of Fame’s inaugural class of inductees, enshrined alongside Chuck Berry, James Brown, Elvis, Buddy Holly, and Jerry Lee Lewis. In 1993, he received the Grammys’ Lifetime Achievement Award, and in 2003, he was inducted into the Songwriters Hall of Fame. In 2010, Richard’s “Tutti Frutti” was preserved in the National Recording Registry of the Library of Congress.

All that’s to say, Richard is a massive figure in rock and roll’s lexicon, whose music and theatrics inspired an entire genre of artists. Everyone from James Brown to The Beatles to Elton John to Prince have cited Richard as a major inspiration on their own careers.

In our 2016 ranking of the 100 greatest vocalist of all time, contributor Collin Brennan summed up the vast influence of Little Richard by writing:

If vocalists were ranked solely based on the length of their musical shadow, the rock ‘n’ roll legend known as Little Richard would sit at the top of this list. This was the man whose voice once rendered John Lennon speechless, whose all-time hit “Tutti Frutti” convinced David Bowie that he was hearing God inside the vinyl grooves… Listening to a Little Richard record is an incongruous physical experience, the kind that lights a fire under your feet while sending a chill down your spine. To listen to the descending “woo!”s on “Long Tall Sally” or the intense, rhythmic delivery on “Lucille” is to locate exactly where rock ‘n’ roll got its groove, its ferocity, its hunger. Some critics claim that without Little Richard, there wouldn’t be The Beatles or The Stones. They’re wrong: Without Little Richard, there wouldn’t be rock music at all.

Revisit some of Richard’s most memorable recordings and live performances below: