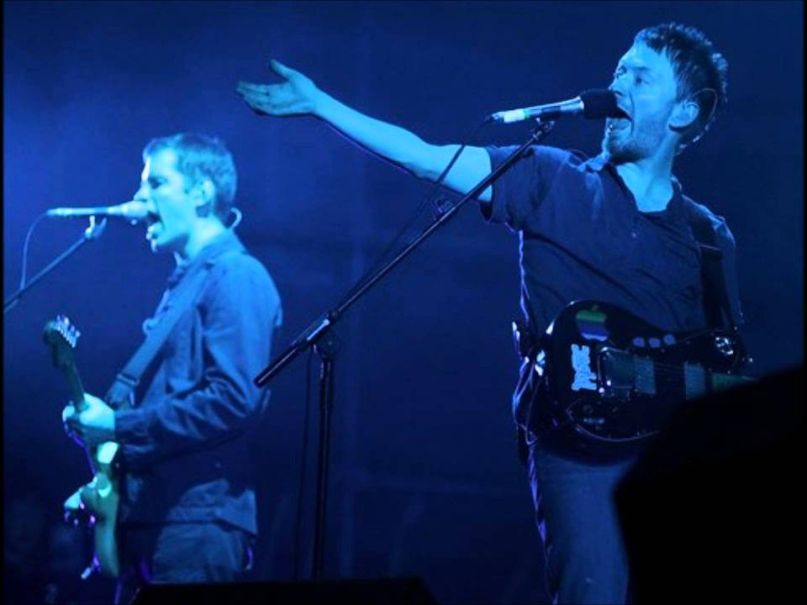 Radiohead are continuing their quarantine concert series and releasing another gem from the vault. Today, Thursday May 7th, the legendary rockers are sharing footage from their legendary 2006 performance at Bonnaroo. Tune in below beginning at 5:00 p.m. EDT.

The Bonnaroo performance arrived three years after Hail to the Thief and a year before Radiohead’s most recent consensus masterpiece, 2007’s In Rainbows. What’s remarkable is how much of In Rainbows they played: “15 Step”, “Bodysnatchers”, “Weird Fishes/Arpeggi”, “Nude”, “House of Cards”, and “Videotape” all made appearances. They played more In Rainbows than they did Hail to the Thief! Via Setlist.fm, they also performed six songs from OK Computer, five from Kid A, and four from Amnesiac. Check out the setlist below.

In an Instagram post, Jonny Greenwood called Bonnaroo 2006 “the best festival experience I’ve ever had in America.” He added.

“I hope the heat, dust, and smell of fine Southern whiskey comes over as well as the songs — and I hope that we get back to live music soon.”

Prior to the coronavirus pandemic, Radiohead had been planning some of that live music for 2021, though those plans are now in flux.

This week something new: we've tracked down the original desk audio for our @bonnaroo show. Filmed in 2006 in Tennessee it's easily, comfortably, the best festival experience I've ever had in America. I hope the heat, dust, and smell of fine Southern whiskey comes over as well as the songs – and I hope that we get back to live music soon. – Jonny Premiering tomorrow at 10pm UK / 2pm PT / 5pm ET. Link in bio.

Encore 2:
House of Cards
Everything in Its Right Place