Ranking: Every Studio Ghibli Movie from Worst to Best

A deep dive into Japan’s most celebrated animation studio 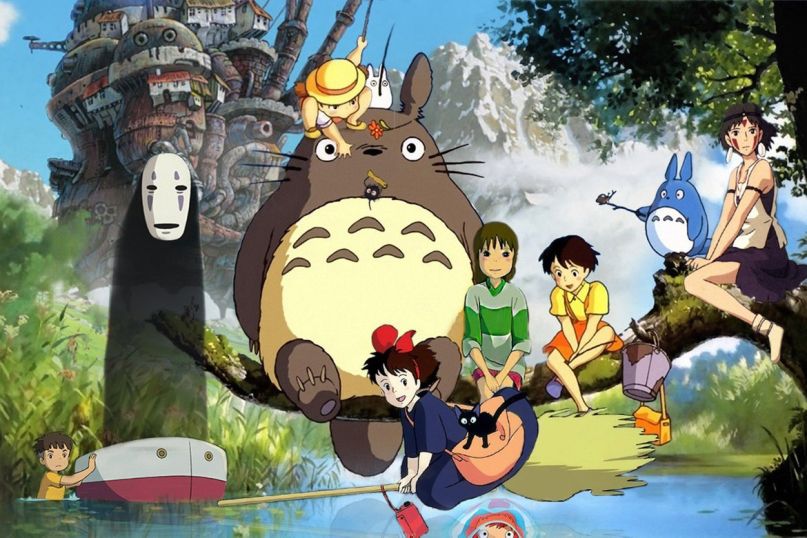 With the launch of HBO Max on Wednesday, May 27th, 21 of the 22 Studio Ghibli movies will be available for streaming in the United States for the first time ever in both original Japanese audio with subtitles and English dubs. Due to distribution and licensing rights, Grave of the Fireflies will be unavailable at the time of this writing.

Odds are if you’ve ever watched an anime movie, it was probably one from Studio Ghibli. The brainchild of Hayao Miyazaki has always striven to animate its films by hand whenever possible and limit CGI to a minimum. Not only has this process created a distinct visual style, but it has also served as a rock-solid foundation for a legacy that’s unmatched by any other animation studio besides perhaps Disney. Suffice to say, it’s no surprise that Studio Ghibli and Disney struck up a partnership in the mid-’90s that helped these movies reach American audiences. Their proclivity towards empowered female characters in their filmmaking is also worth noting and celebrating.

There’s perhaps no greater time than now to revisit this wondrous collection of movies. From tales about the triumphs of the human spirit to the inherent magic of childhood to allegories about the well-being of the environment, there’s a little something for everyone, with the tenacity of the individual frequently being the starring role. Each movie on this list has its merits, but if you only want to dip your toe in the water, start with the ones by Hayao Miyazaki. And don’t even get me started on how good the food looks in all of these.

As close to high fantasy and Dungeons & Dragons as Studio Ghibli gets, Tales from Earthsea follows Prince Arren who’s on the run towards anonymity after murdering his father due to his uncontrollable rage issues but finds a nomadic wizard that takes a shine towards him. Also, dragons have resurfaced from the periphery of the continent for the first time in millennia. Themes of overcoming self-hatred and notions of immortality loom large. It’s a gorgeous movie with a beautifully exhibited setting, but poorly explained plot points and undeveloped characters prohibit this one from reaching greatness.

What’s for Dinner? A red broth stew that has mushrooms and peas in it with a side of thick-sliced bread and salad.

Twelve-year-old Anna goes to stay with her adopted mother’s kindly family at a seaside town due to her asthma and feeling out of place. While there, she discovers a mansion along the coast that feels vaguely familiar along with a mysterious girl named Marnie who helps her unlock secrets to her own past long forgotten. Much of When Marnie Was There is shrouded in deep mystery that feeds viewers the thinnest of breadcrumbs to lead the way. Its angsty yet hopeful tone are held back by its back-loaded plot that forces the audience to play too much catch-up in its final third.

Teenagers and angst go hand in hand. Navigating the social minefield that is high school and relationships in those formative years leads to great life lessons but many burning questions. Ocean Waves exemplifies this perfectly, and as the only made-for-TV movie on this list, it wears its melodrama right on its sleeve. Told from the point of view of Taku as he returns from his first year away at college in the big city, the movie serves as road map about the natural frustrations between best friends when a new girl comes between them and the catharsis that comes with leaving home for the first time.

What’s for Dinner? A smorgasbord of sushi, grilled meats on sticks, chicken wings, rice, and beer at a class reunion party.

Umi is a junior in high school and the de facto matriarch of her household. When senior Shun comes into her life, her notions about life and, especially, love are challenged. From Up on Poppy Hill is equal parts mystery and coming-of-age tale. Umi and Shun’s relationship is the key to unlocking the narrative here, and the roller coaster journey it takes viewers on is as undulating as the movie’s seaside town setting. Umi’s character is a testament to the importance of strong role models and an even stronger work ethic.

What’s for Dinner? Curry udon noodles, a sandwich, and a bento box filled with rice, sausage, tomato, tofu, and some spinach.

One of Isao Takahata’s two films that deviate from the standard Ghibli styles, My Neighbors the Yamadas is a slice-of-life comedy about the wacky hijinks of a three-generation household. The Yamadas play hard but most importantly love hard. The film eschews the traditional long-form narrative format and opts for an episodic-like approach. Each of these chapters imparts more wisdom about who the family are as people as well as the history of what got them to where they are now. The pencil and watercolor-esque animation lends itself to a comic strip come to life.

What’s for Dinner? Dumplings with tea, rice, and soup.

The only sequel on this list, The Cat Returns dares to ask what happens if you’re a human that saves a cat from being run over by a truck and he unknowingly turns out to be the prince of all cats. The answer is a marriage proposal and a forceful invitation to the kingdom of cats. A lot of the movie rides on the notion of karma and the ideas of marriage as an identity during times of uncertainty in one’s life. If you throw in a little Robin Hood with some Greek mythology, The Cat Returns makes perfect sense.

This Japanese take on The Borrowers finds teenager Arrietty and her family of tiny people trying to coexist with the regular-sized humans of the house they all cohabitate. The movie’s most fascinating aspect is its sense of scale. What might seem commonplace to a regular person like rain or dropping a sugar cube on the ground might be a nearly insurmountable task for the tiny people. Much of the movie revolves around Arrietty’s coming of age and learning to trust a human teenaged boy named Shô despite her parents staunch warnings. This teenage rebelliousness is a common theme inherent in many of the Studio Ghibli works.