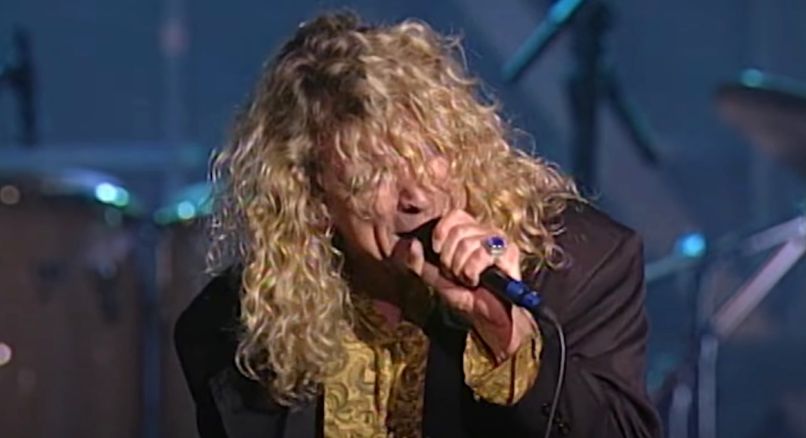 Robert Plant with Led Zeppelin in 1995

Over the course of this period of self-isolation, the Rock & Roll Hall of Fame has opened its vault and uploaded hundreds of video clips from past induction ceremonies to YouTube.

The initial batch of uploads consists of video from last year’s ceremony enshrining Radiohead, The Cure, Stevie Nicks, Roxy Music, and others. There’s both performance footage — including Stevie Nicks teaming with Harry Styles for “Stop Draggin’ My Heart” —  as well as each act’s respective induction speech.

Since then, the Rock Hall has posted video from Neil Young’s 1995 induction, including Eddie Vedder’s introduction and their on-stage collaboration of “Fuckin’ Up”; Talking Heads’ 2002 induction and the band’s subsequent live reunion; and Prince’s 2004 induction, which saw him take the stage and rip through “Kiss”, “Sign ‘O’ the Times”, and “Let’s Go Crazy”

You can also find video of Led Zeppelin and Aerosmith performing together in 1995; U2 and Mick Jagger joining forces for “Stuck in a Moment You Can’t Get Out Of” in 2009; The Pretenders’ on-stage team-up with Neil Young in 2005; and classic clips from Little Richard’s various performances over the years.

All told, over 200 videos have been uploaded so far, and new clips are being added each week. Check out some of our personal favorite clips below, and head to the Rock & Roll Hall of Fame’s YouTube channel to see the full archive.

Led Zeppelin and Aerosmith in 1995:

Talking Heads Perform “Burning Down the House in 2002:

Neil Young and Eddie Vedder Perform “Fuckin’ Up” in 1995:

The Stooges Perform “Burning Up”

The Pretenders and Neil Young Perform “My City Was Gone” in 2005: