Roger Waters’ Us + Them Concert Film Gets Digital Release 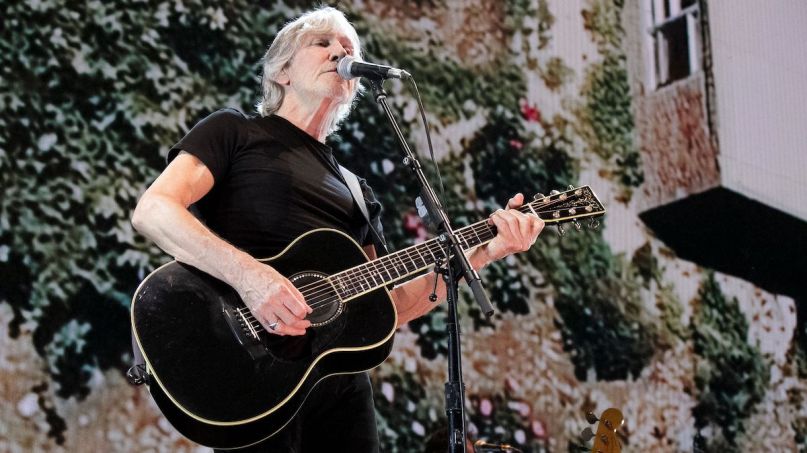 Pigs will soon fly across your TV and laptop screens, as Roger Waters has announced the digital release of Us + Them, the concert film that followed his 2017-2018 tour of the same name. It will be available on YouTube beginning June 16th, with a Blu-ray and DVD release to follow. Watch the trailer below.

The concert film follows Waters, the legendary Pink Floyd member, as he embarked on a massive 156-date tour around the world. Waters co-directed the film with Sam Evans, using footage from his dates in Amsterdam and the UK. It captures the spectacle of the “Us + Them” tour, with its dizzying image projections and trippy rainbow laser pyramid.

The setlists, too, were something to behold, chock-full of Pink Floyd’s greatest hits from The Wall, Wish You Were Here, and Dark Side of the Moon, as well as rarely performed tracks off Animals (complete with the inflatable pig). The Us + Them may not sync up with The Wizard of Oz, but it will include two bonus tracks: Pink Floyd’s “Comfortably Numb” classic and Water’s solo 2017 single “Smell The Roses”.

In his review of the tour’s stop in Chicago, Consequence of Sound Editor in Chief Michael Roffman praised the live show as “immersive” and “interstellar”, adding, “Kind of like if you were standing in a Roman echo chamber designed by noted psychopath Phil Spector and staring at a screen the size of the Tyrannosaurus paddock wall from Jurassic Park. In other words, no, you don’t need acid. It’s already quite an experience.”

Recently, Waters reignited his feud with Pink Floyd co-founder David Gilmour and drummer Nick Mason. Following a less-than-cordial conversation about a vinyl re-release of Animals this past April, Waters revealed that Gilmour had banned him and any of his related promotional material from the Pink Floyd website.

“I think he thinks because I left the band in 1985 that he owns Pink Floyd, that he is Pink Floyd, and that I’m irrelevant, and that I should keep my mouth shut,” Waters said in a video posted last weekend.