Plus, watch a striking music video featuring Sevdaliza as a fallen angel 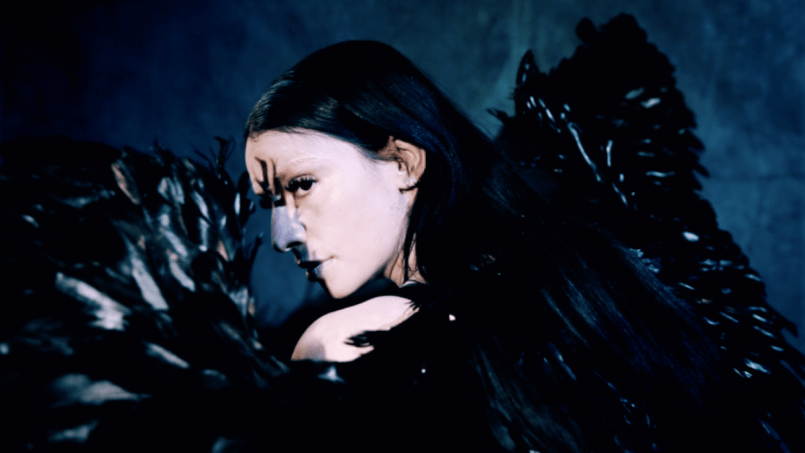 The Iranian-Dutch artist Sevdaliza has shared her new song, “Joanna”. The haunting single comes from an unnamed album, due out later this summer.

For fans of Sevdaliza’s 2017 debut album, ISON,  “Joanna” will sound stripped-down, even bare. ISON weaved together R&B drums and genre-bending synthesizers into rich sonic tapestries. In contrast, the backing track of “Joanna” relies on simplicity. An acoustic guitar picks out three notes at a time, so that the beginning of each measure is full of silence, while brief electronic flourishes accent the end of phrases. “Evil personified/ She preys on the dead/ Desert woman/ Veiled in silence,” Sevdaliza sings, pitching her husky voice somewhere between a whisper and a moan.

“Joanna” utilizes this stark imagery to paint a bleak picture of unrequited love. Sevdaliza said in a statement,

The accompanying visuals were conceived and directed by Sevdaliza with Marlou Fernanda. It shows the songwriter in two states, before and after; from the collarbone up wearing nothing but a wig cap, and then with long raven locks and black angel wings. Check out the “Joanna” clip below.

While her sophomore album doesn’t have an official title or release date, it’s expected out in a month or two. Previously, Sevdaliza shared the singles “Lamp Lady” and “Oh My God”.