A haunted version of Nick Lowe's classic plea for harmony 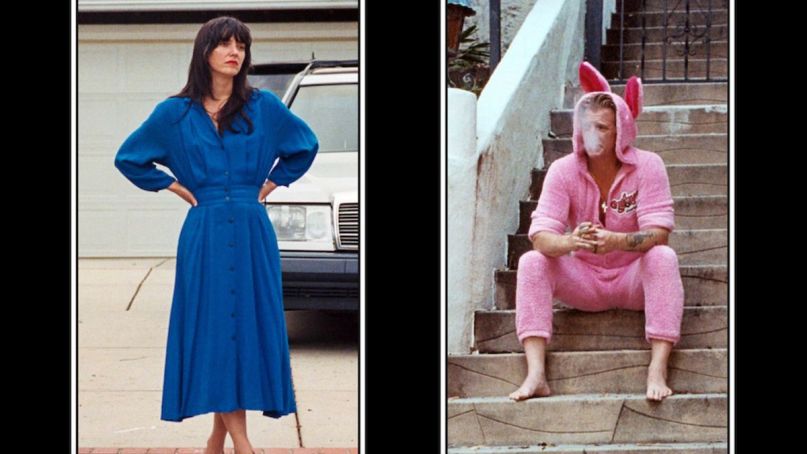 Sharon Van Etten and Queens of the Stone Age’s Josh Homme have joined forces for a modernized rendition of the classic plea for harmony “(What’s So Funny ‘Bout) Peace, Love and Understanding”. But whereas Nick Lowe’s original and Elvis Costello’s popular cover layered hope with frustration, Van Etten and Homme’s take weighs heavier in the COVID-19 era.

Theirs is a twangy, lamenting version, as if the lack of change between Lowe’s 1974 recording and the world in 2020 has only weighed down the lyrics. Still, darker though it may be, there is a tone of resilience in their voices as they harmonize on the lines, “So where are the strong?/ And who are the trusted?/ And where is the harmony?” After all, belief that things can and will be better is the only way we’re going to get through times like these. Take a listen below.

After releasing one of 2019’s best albums, Remind Me Tomorrow, Van Etten returned earlier this year with the songs “Beaten Down” and “Staring at a Mountain”. She also joined Fountains of Wayne for their first performance in seven years during the Jersey 4 Jersey benefit concert. In honor of late frontman Adam Schlesinger, who died earlier this year from coronavirus, they performed “Hackensack”, which they subsequently released as a benefit single.

Homme, meanwhile, reactivated his Desert Sessions series with Vol. 11 & 12 back in the fall. He’ll also appear on Run the Jewels’ new album, RTJ4, on a song with Mavis Staples.